The Russian envoy in Singapore has said Asian countries should focus on issues of "primary importance" such as Covid-19 recovery rather than Moscow's invasion of Ukraine, and blasted the city state for joining the West in sanctioning Moscow.

In an interview with the South China Morning Post, Ambassador Nikolay Kudashev described Singapore's sanctions as a "mistake".

The island republic has imposed export controls on items that can be used to inflict harm on Ukrainians and directed financial institutions to not deal with a list of Russian entities.

Singapore is the only Southeast Asian country to sanction Moscow for its invasion of Ukraine. Prime Minister Lee Hsien Loong and other government leaders have said it was imperative for a small state like Singapore to "stand up" for principles that underpin its own sovereignty and political independence.

"We believe this decision to be a mistake, to be a wrong one, which runs counter to the development of bilateral ties [and] runs counter to strengthening regional co-operation," said Kudashev.

"We would prefer to concentrate on the issues of primary importance for the region other than issues or topics which are comparatively far from the agenda of Asia," he added.

The career diplomat, previously the ambassador to India, arrived in Singapore last month and is awaiting an opportunity to present his credentials to the island republic's President, Halimah Yacob.

During a telephone interview, Kudashev dismissed the notion that Russia had been left isolated by the global community following the United Nations General Assembly resolution last week that condemned Russian aggression in Ukraine.

Read Also
'Don't friend lor': What some Singaporeans really think about us deemed 'unfriendly' by Russia 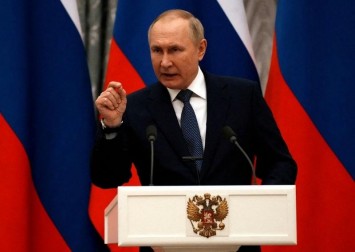 The resolution was backed by 141 countries — well over the 100 countries that in 2014 supported a similar general assembly vote condemning Russia's annexation of Ukraine's Crimean peninsula.

Apart from Russia, four other nations rejected the resolution: Eritrea, North Korea, Syria as well as Belarus - a neighbour of Ukraine that is playing a significant role in Russia's invasion.

The likes of Cuba, a traditional Moscow ally which backed Russia in the 2014 vote, chose to abstain this time around. Similarly, Armenia, Zimbabwe, Sudan, Nicaragua and Bolivia — all Moscow backers in 2014 — abstained.

Kudashev suggested what mattered was that the world's most populous nations — India and China — did not back the resolution.

"If you would take a closer look at the outcomes of the recent voting in the UNGA, you could easily see that it is not an isolation. If you're interested in numbers, more than 50 per cent of the global population voted against [the resolution]," said Kudashev. China and India account for about 35 per cent of the world's population.

Read Also
Russia says deals with 'unfriendly' countries, such as US and Singapore, will require approval 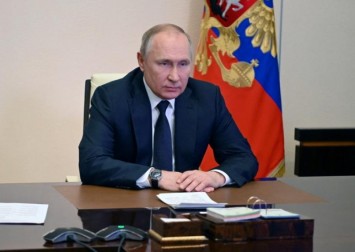 Russia and China, he said, are "close friends" and "strategic partners". "There is a very good saying: a friend in need is a friend indeed. And I do believe this is really the case today as far as Russia and China are concerned."

The same goes for India. He added: "[China and India's] response and understanding, in a way, were predictable and it goes in line with the spirit of our bilateral strategic partnership".

The addition of Singapore to a list of global economies that imposed sanctions on Moscow meant the "political relationship" between both countries would be placed under "special monitoring" while economic deals would require separate governmental consent. "[It is] very severe supervision," said Kudashev.

Singapore's Ministry of Trade and Industry said trade in goods with Russia in 2021 was worth S$5 billion (US$3.76 billion). Last year, the Russia-led Eurasian Economic Union (EAEU) was making steady progress towards a free trade agreement with Singapore.

In the interview, Kudashev repeated Russia's narrative that the ongoing invasion — now in its third week — was a "special military operation" aimed at protecting the Russian-speaking populations of Ukraine's Donetsk and Luhansk regions.

While sanctions by the West and its strategic partners have caused a collapse in the value of the rouble and a mass exodus of foreign companies in Russia, with observers predicting an upcoming major inflation shock for the country, Kudashev suggested the effects of the various censures were manageable. 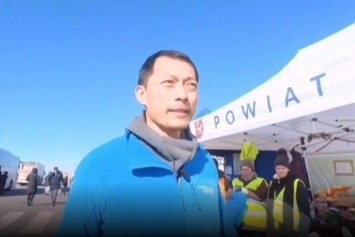 "It is not a welcomed phenomenon for us but we will manage our supplies and we will find… alternative places and countries which are eager to purchase Russia's energy," he said, naming the "Eurasia" region as a possible destination of Moscow's exports.

"This is not the first time when sanctions are inflicted upon Russia. We have managed them before and we manage them now and we will manage them in the future. We will become stronger and more respected."

Kudashev's remark came as Asian nations including China scrutinise the continued fighting and the failure of ceasefire talks this week.

"The current situation in Ukraine is indeed worrying … it is important to support Russia and Ukraine in negotiating a peaceful solution," the Chinese Premier Li Keqiang said on Friday in a press conference following the country's annual legislative session. "The urgent task is to prevent the situation from escalating and even getting out of control," Li said.

He added that China was concerned that the sanctions imposed on Russia by the West will further hurt the world's post-Covid-19 economic recovery, and that Beijing hoped to contribute to a peaceful resolution between Moscow and Ukraine.