Do not be surprised if you see a giant eyeball puppet walking down the street near your home this week.

As part of Australia's SG50 gifts to Singapore, two Australian theatre companies are putting on puppet performances in the heartland.

In 50 Walls, street artists from Down Under will collaborate with local artists to paint murals on walls in hawker centres, Housing Board blocks and schools.

Another element, 50 Performances, will showcase puppets of various body parts and a short animation. 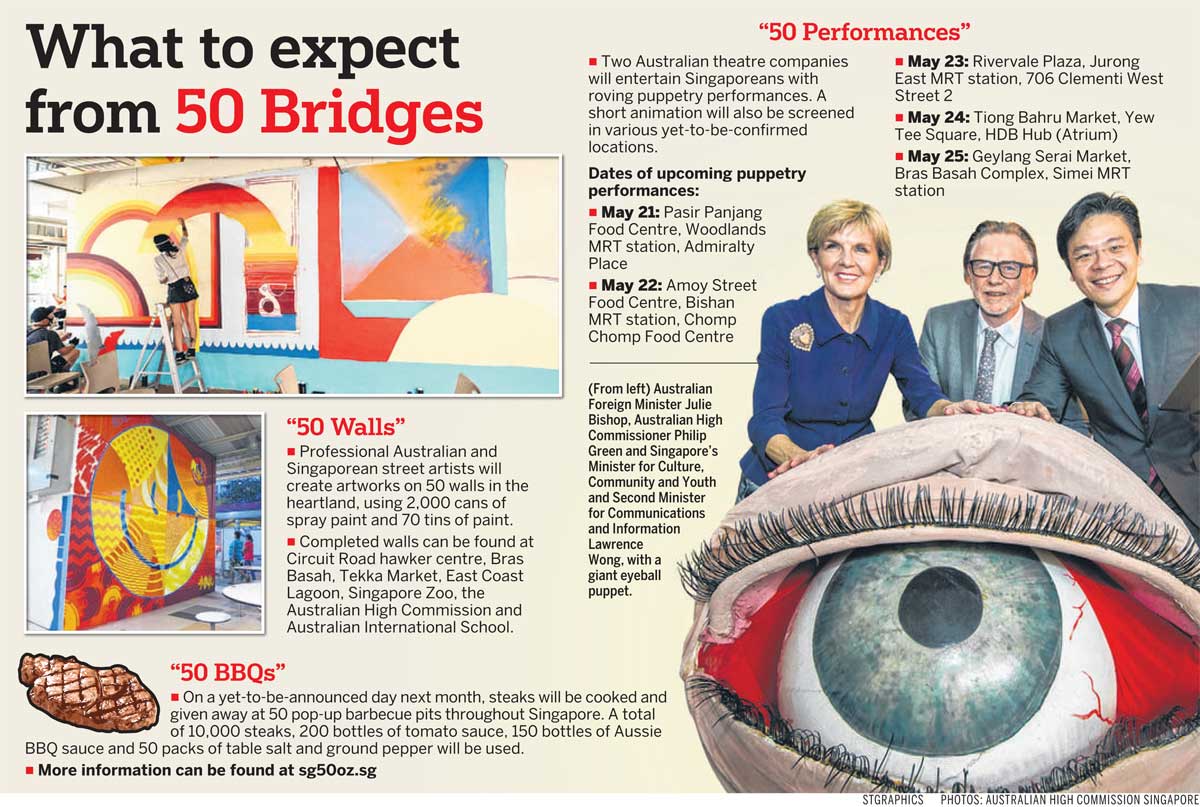 On a yet-to-be-announced day next month, 10,000 steaks will be cooked and given away to Singaporeans at 50 barbecue pits throughout Singapore for 50 BBQs.

Australia is the first country that Singapore forged diplomatic ties with after its independence in 1965.

She added that Australian Prime Minister Tony Abbott will visit Singapore next month to discuss a strategic partnership between both nations.

In his speech, Mr Wong, who is also Second Minister for Communications and Information, said the programme is in line with his ministry's aim to make art and culture accessible to everyone in Singapore.

He added that he grew up influenced by Australian rock and pop.

"Some of you may know I play the guitar... so I grew up listening to (hard rock band) AC/DC," said Mr Wong, 42, to laughter from the crowd. "And I remember the 80s, where we had Kylie Minogue."

At the launch in the Australian High Commission, Ms Bishop also announced the establishment of a high-level women's dialogue between the two countries, scheduled to take place in Australia at the end of the year.

More information on 50 Bridges can be found at sg50oz.sg

This article was first published on May 21, 2015.
Get a copy of The Straits Times or go to straitstimes.com for more stories.