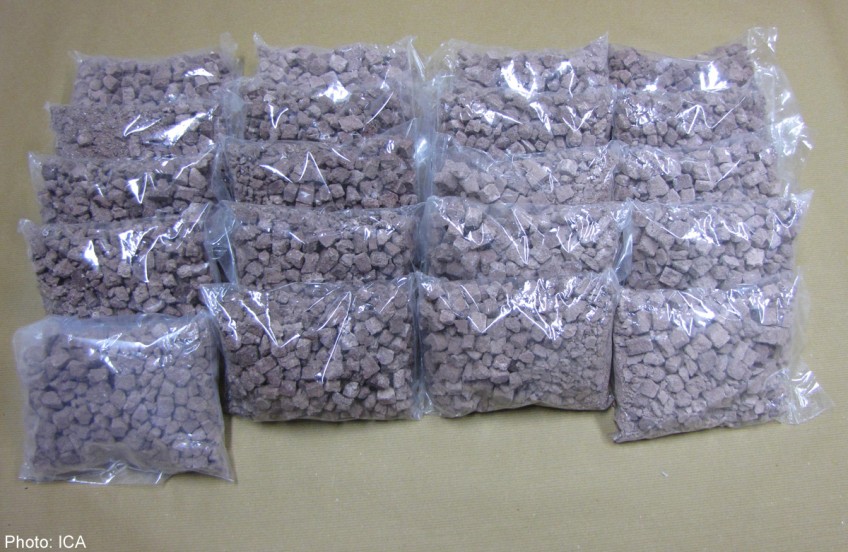 A routine check was conducted on a Malaysian-registered vehicle at the Woodlands Checkpoint at 7.30am. The car was driven by a 28-year-old Malaysian male.

ICA officers recovered packets of brown substance under the rear passenger seat of the car.

Officers from the Central Narcotics Bureau (CNB) were immediately alerted and a total of 20 packets of heroin, worth more than $649,000, were seized.

Investigations on both men are ongoing. If convicted, they may face the death penalty.