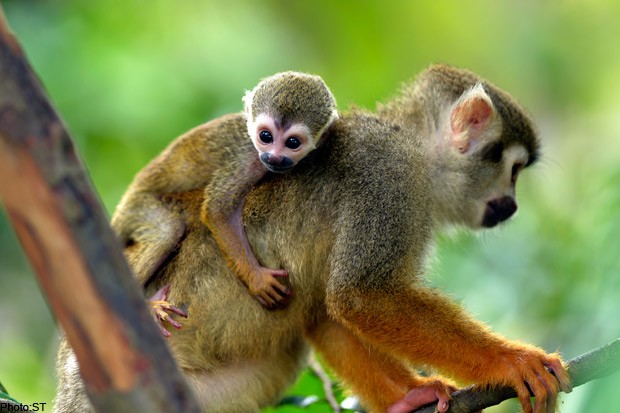 The yet unnamed male pup was born on Aug 10 at the River Safari, said WRS, which today celebrates World Animal Day. It weighs 1.6kg and measures 60cm now, but can grow to a length of 1.8m and weigh up to 34kg.

Found in South American rivers, giant otters are among the rarest otters in the world, often hunted extensively for their fur and threatened by the loss of their natural habitat. Other animals born in Jurong Bird Park, Night Safari, River Safari and Singapore Zoo this year include threatened species such as the orang utan, manatee and malayan tapir.

Through the years, WRS parks have exchanged many of these animals with other reputable zoos for breeding purposes. "With increasing threats such as habitat destruction and poaching, captive breeding programmes play a pivotal role in conserving threatened species for our future generations," said WRS' chief life sciences officer, Dr Cheng Wen-Haur.