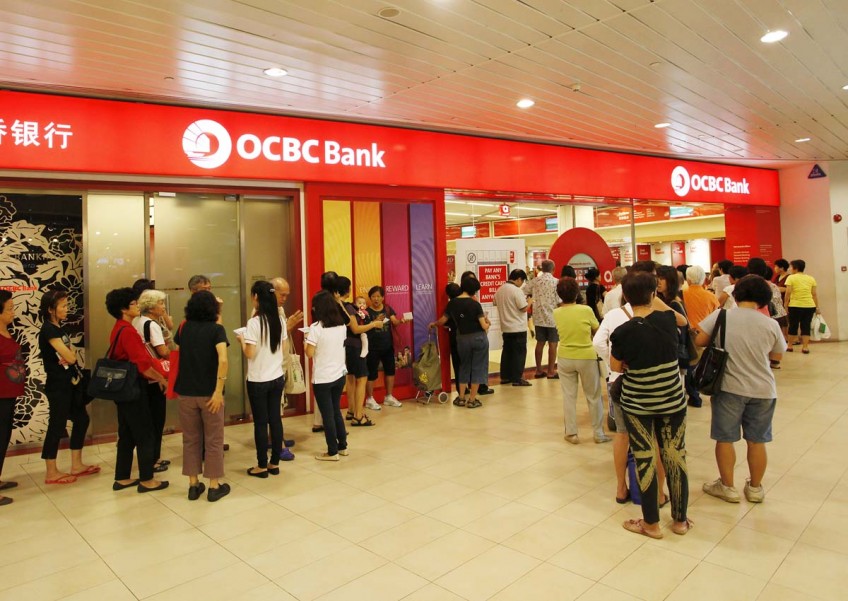 A bank teller who deliberately targeted inactive accounts to misappropriate more than $300,000 was jailed for three years and nine months yesterday.

He also admitted to six charges of falsifying cash withdrawal forms to take out various amounts of money from four customers' accounts.

Twelve other similar charges were considered during his sentencing.

Deputy Public Prosecutor Tan Zhongshan said that on 18 occasions in those nine months, Goh withdrew a total of $336,850 in cash from the accounts of four OCBC Bank customers.

He claimed that he spent the entire sum on gambling at local and overseas casinos.

In the course of his job, Goh had access to information about how frequently customers used their accounts.

To avoid detection, he deliberately targeted accounts which were inactive.

On April 25 last year, a 65-year- old customer went to the bank to deposit some cash when she discovered several unauthorised cash withdrawals from her account.

She immediately notified a customer service manager, who then questioned Goh, who had processed the transactions.

He admitted he had made unauthorised cash withdrawals from the woman's account.

Goh has returned $42,510 to the bank, which bore the losses of the four customers.

He could have been jailed for up to 15 years and fined for criminal breach of trust as a servant.

For falsifying bank papers, he could have been jailed for up to 10 years and fined.