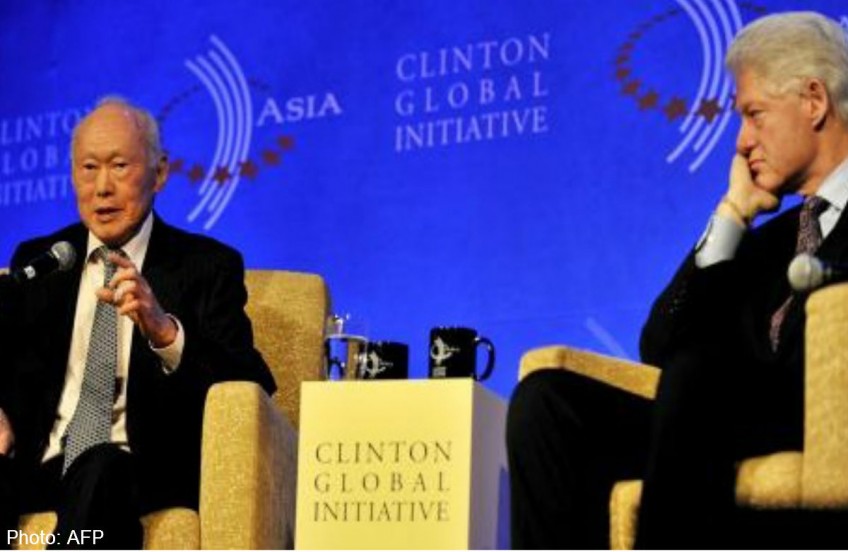 WASHINGTON - Former president Bill Clinton will lead a delegation from the United States to the state funeral of Lee Kuan Yew, Singapore's founding leader who died at age 91 on Monday.

Henry Kissinger, a former US secretary of state, will also be in the party sent by President Barack Obama, a White House statement said Wednesday.

Lee, who oversaw the city-state's transformation from a poor British colonial outpost into one of the world's richest societies, will be cremated on Sunday after a state funeral expected to be attended by several Asia-Pacific leaders and other world figures.

United States Secretary of State John Kerry had announced that the high-level delegation would attend a funeral for Mr Lee in a speech on Wednesday.

Kerry said that Mr Lee was one of the wisest people he has ever met, adding that the late leader had helped to shape his thinking as Secretary of State.

He said: "One of the wisest people I ever met was Lee Kuan Yew, who just passed away. And I talked to the foreign minister last night, and we will send a high delegation there, because he was deeply pro-American and deeply involved with the United States and much of our strategic thinking through that time. But his views that he shared with me as a young senator have helped to shape my thinking today as a Secretary of State. And those are the things we build on."

Here is a list of foreign dignitaries who have confirmed their attendance for Mr Lee Kuan Yew's funeral on Sunday, March 29: