Blast could be heard from 9th storey 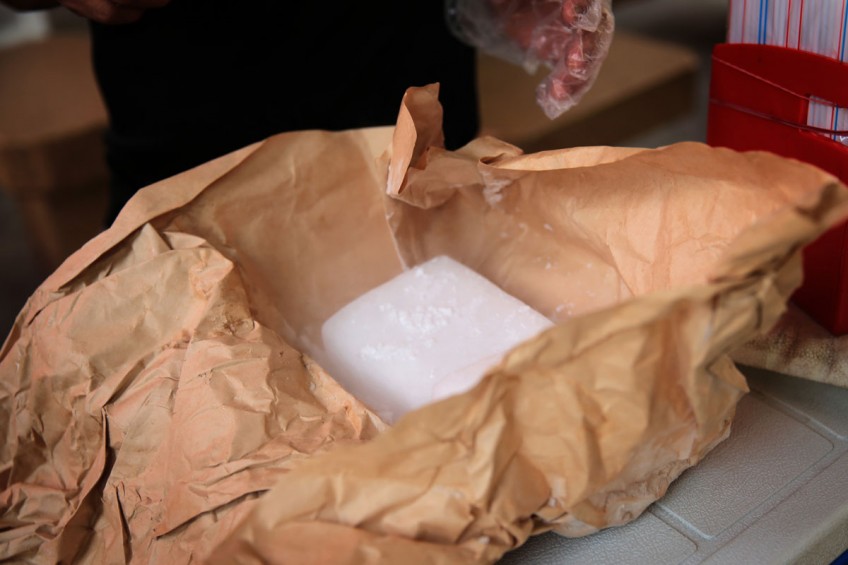 The dry ice that Mr Joe, 49, keeps in stock.
The New Paper

A playful experiment with dry ice by a group of boys turned terribly wrong yesterday.

A plastic bottle containing the dry ice and water exploded in one of the boy's hands, injuring him.

The boys from Choa Chu Kang Primary School were playing at the void deck of Block 297C, Choa Chu Kang Avenue 2, when the accident happened at 1.30pm.

A witness, who was at the void deck but wished to remain anonymous, said: "I saw one of the boys shaking a bottle, then a few minutes later, there was a loud explosion."

The blast could be heard from the ninth storey, where a TNP hotline caller, who wanted to be known only as Madam Sheila, 38, a housewife, was having lunch.

"My heart could not stop racing. My son was cycling at a park nearby and I thought something had happened to him," she said.

When she went down to the void deck to investigate, she saw the boy, who looked limp and pale.

By then, the group had run off, leaving the injured boy on his own.

She said the boy was later taken away in an ambulance.

When interviewed at the void deck, Madam Sheila pointed to some drops of blood and remnants of the bottle.

A nearby ice-cream seller, who wanted to be known as Mr Joe, said he had sold a piece of dry ice, about half the size of a wafer ice cream, to the boys for $1.

He said he had previously sold dry ice to pupils from the school, usually when they told him they were working on a project.

He said he always advised them to wear gloves when handling it.

He said: "When I heard about the explosion from some of the pupils, I was shocked. I didn't expect this to happen.

"I am deeply concerned for the boy. If I had known it would injure him, I would not have sold the block of dry ice."

When it "melts" , it turns into gas, which occupies about 600 to 800 times its volume when in solid form.

Prof Zhang said that because the dry ice was "melting" and turning into gas inside an enclosed space, the volume of gas created such huge air pressure that the plastic bottle "exploded".

The Singapore Civil Defence Force said it dispatched an ambulance and a fire engine to the scene.

A 10-year-old boy was taken to the National University Hospital with hand injuries.