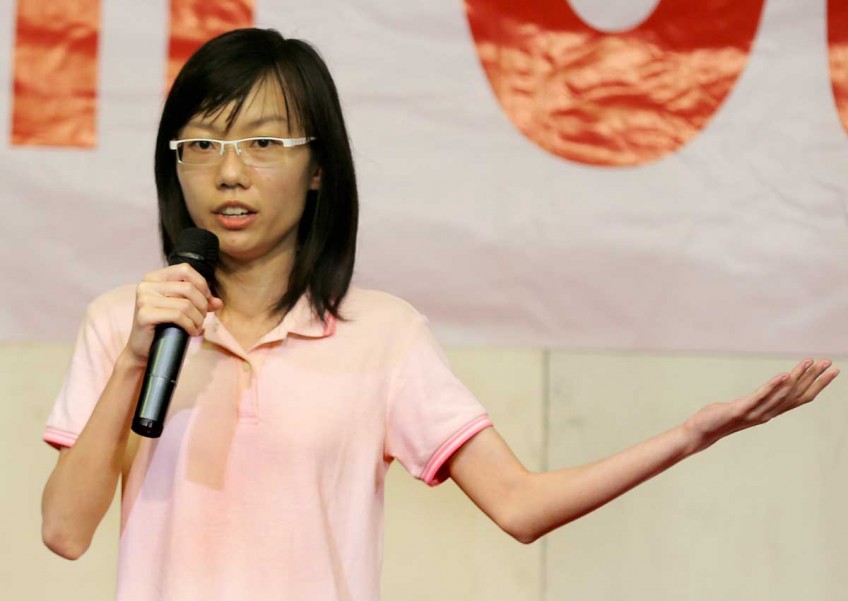 Han Hui Hui speaking at a rally in Radin Mas during the 2015 General Election.
The New Paper

Activist and blogger Han Hui Hui was on Monday (June 27) fined $3,100 for co-organising a protest rally at Hong Lim Park without approval on Sept 27, 2014, and disrupting a charity carnival being held at the park then.

She and five others, including blogger Roy Ngerng Yi Ling, were accused of disrupting the YMCA Proms @ The Park charity event for children with special needs, which was held at Hong Lim Park at the same time as the Return Our CPF protest rally.

Han, 24, was fined $600 for being a public nuisance and $2,500 for organising a demonstration without approval.

Han told the court that she has prepared a notice of appeal.

Goh Aik Huat, 42, had been given a conditional warning.

During the rally, the six grew "more emotive" when Minister of State Teo Ser Luck, the YMCA event's main guest, arrived at the park.