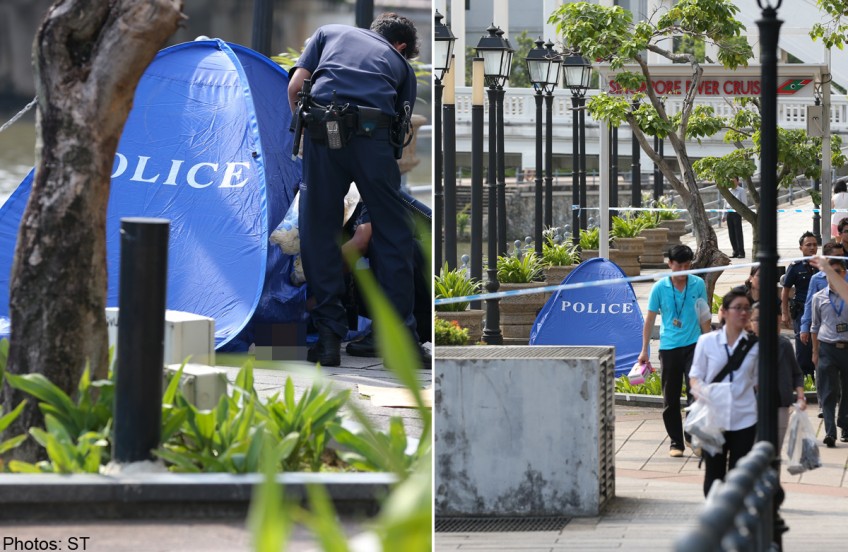 A police tent was used to cover the body, believed to be that of a male Caucasian.

SINGAPORE - Police investigators were spotted collecting pieces of evidence and putting them into bags when The Straits Times visited the scene near the Ministry of Communications and Information building on High Street.

A spokesman said the police said that at about 7.46am today, they received a call requesting for assistance along the Singapore river near to Eu Tong Sen Street.

"Upon police arrival, the body of a man was found floating in the said river. The body was subsequently retrieved from the river and the man was pronounced dead by paramedics at the scene," the spokesperson said.

Police are investigating the death.