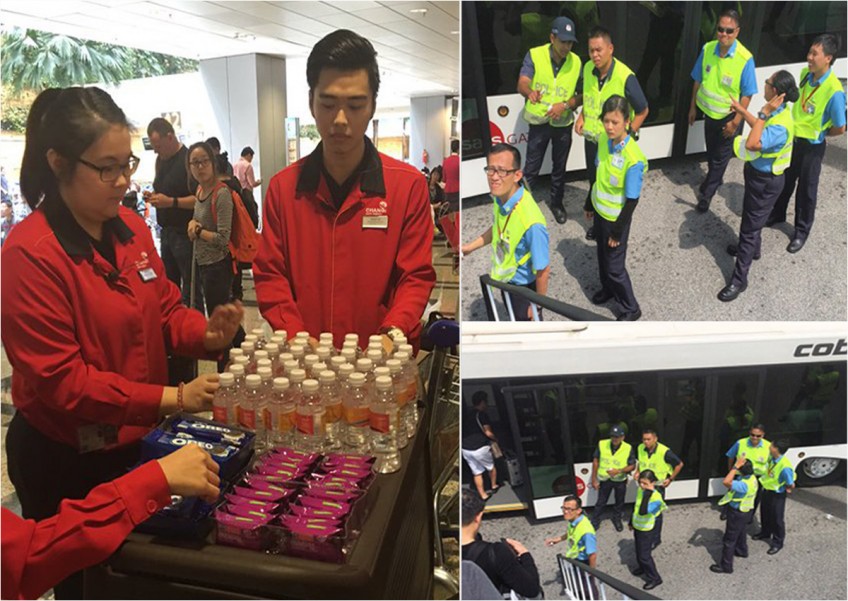 Passengers in a Singapore Airlines (SIA) plane had to wait about two hours to disembark at Changi Airport yesterday due to a bomb threat.

Flight SQ001 had arrived in Singapore from San Francisco, via Hong Kong, at its scheduled time around noon yesterday.

However, The Straits Times understands that the aircraft was moved to a relatively secluded part of the airport, and that passengers were not allowed to disembark until around 2pm.

Even then, they descended from staircases onto the tarmac, instead of using the airbridge connected to the airport terminal.

Several passengers on the aircraft tweeted pictures of police vehicles and security officials surrounding the plane.

Baggage was delayed for additional security screening, with the first bags arriving in the claim area more than three hours after the plane had landed.

The airline, in a statement, did not give any information on how the threat came to light.

It said: "Singapore Airlines confirms that there was a bomb threat concerning SQ001, (on) Nov 22, which was referred to the authorities.

"We regret that we are unable to provide details as it concerns security."

The police said in a statement that nothing suspicious was found on the plane or its passengers after security checks were carried out.

"The police take a very stern view against anyone who attempts to cause public alarm or fear by spreading hoaxes or false information.

"The police are investigating into the source of the bomb threat."

Yesterday, a Turkish Airlines flight travelling from New York to Istanbul was diverted to Halifax in Canada after a similar threat was made against it.

Tweeting from an account that has since been suspended, a Twitter user alleged that bombs were on board both the Singapore Airlines and Turkish Airlines flights.

The tweet concerning the SIA plane was made around two hours before the flight landed.

It is not known if action was taken because of the tweet.