Boy, 4, dragged to death outside hijacked car in S Africa 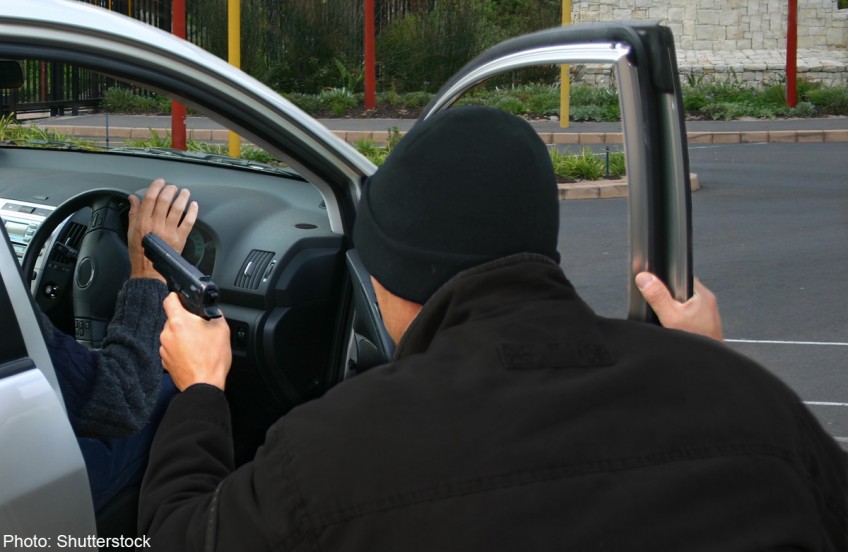 JOHANNESBURG - A four-year-old boy trapped by his seatbelt was dragged to his death behind a hijacked car in South Africa, leaving his traumatised mother screaming at the side of the road, police and media said Monday.

“Mommy help me,” were the last words Chantel Morris heard from her panicked son Taegrin as he struggled to free himself before the car sped off with him hanging helplessly out of the door, Independent group newspapers reported.

Morris had loaded Taegrin and his eight-year-old sister into their VW Golf outside their grandmother’s house in Boksburg east of Johannesburg on Saturday night when three hijackers held guns to her head.

“I asked them to let me get my children out, they could take whatever they wanted, but please let me have my children. I went to the back to pull out Taegrin,” Morris said.

Her daughter managed to climb out of the car, but as Morris tried to free the boy from his seatbelt his foot became stuck and the hijackers sped off, ripping him out of her hands.

Morris and witnesses to the hijacking ran after the car screaming, but it did not stop. It was later found four kilometres away, with the boy’s battered body next to it.

Police have offered a reward of 50,000 rand (S$6,200) for information leading to the arrest of the hijackers.

South Africa has some of the world’s highest rates of violent crime, and carjacking is common.