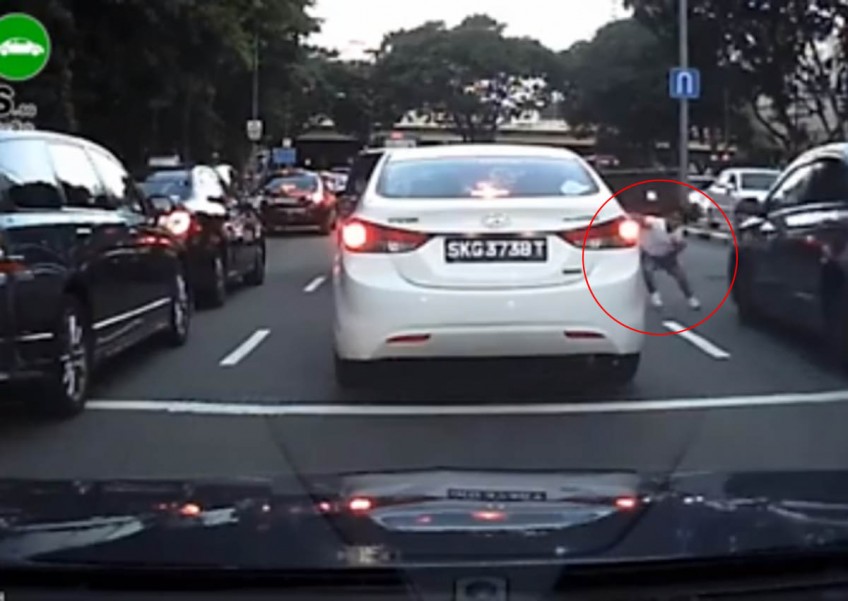 SINGAPORE - A passing car nearly knocked down a child who was running in between vehicles on Balestier Road on Wednesday (June 29).

A video of the incident was posted on Roads.sg, a traffic community page, on Friday.

It has been watched more than 15,000 times and shared more than 350 times as of Friday evening.

The video starts off by showing a young boy running from the left of the road, cutting across the first and second lanes.

There are many cars on the road waiting for a change in traffic lights, and he is hidden by them as he runs from lane to lane.

As he dashes out from the second lane, a car on the rightmost lane almost crashes into him.

An accident is avoided only because the boy leaps to the left while the car brakes and swerves slightly to the right.

The boy then runs back to the left of the road, passing in front of the car recording the entire incident.

The Facebook post accompanying the video stated: "Wow! That was wayyyy too close. Parents please educate your child not to dash in between vehicles when there is traffic."

Roads.sg added: "We give credit and salute the driver of the grey car. Thanks for being very alert and avoided an accident. Keep up your good defensive driving skills."

Many readers commented on the thread, saying that the boy's behaviour was dangerous.

The same video was also uploaded on YouTube on Friday.

This article was first published on July 1, 2016.
Get a copy of The Straits Times or go to straitstimes.com for more stories.