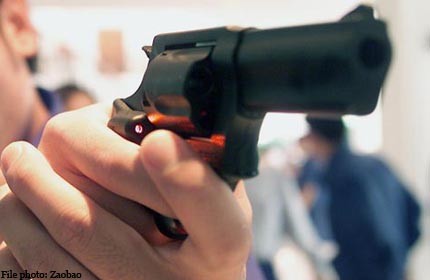 SAO PAULO - A Brazilian teenager killed his police officer parents, his grandmother and his great-aunt, and then, after a full day at school, took his own life, police said Tuesday.

The five bodies were found before dawn Tuesday inside two houses located on the same property in northern Sao Paulo, they said.

Forensic examinations were under way but police said the teen's parents were killed late Sunday or in the early hours of Monday.

Franco said Pesseghini had told a friend he wanted to kill his parents and become a hitman.

"He always told me he wanted to become a hired killer. He had a plan to kill his parents during the night, so that no one would notice and escape in the parents' car and live in an abandoned place," police quoted the unidentified friend as saying.

A second gun, a .32 caliber revolver, was found inside the backpack the teenager had brought to school on Monday, Meira added, saying "there was no sign that someone broke into the house."

The police commander ruled out "an act of revenge by a criminal group" against the teenager's father and mother.