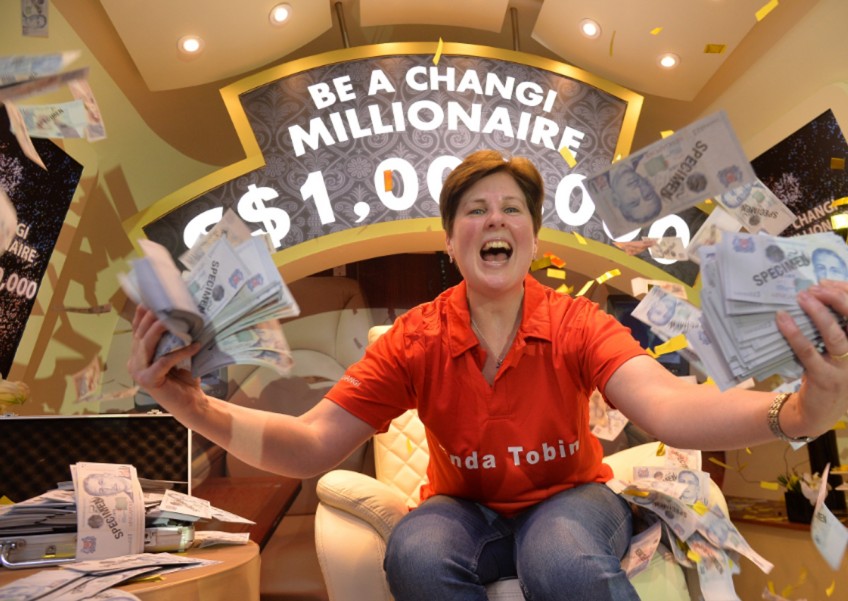 SINGAPORE - A 52-year-old British woman became an overnight millionaire after she became the latest winner of Changi Airport's "Be a Changi Millionaire" draw that took place today (Jan 24).

Ms Linda Tobin beat six other finalists to take home the top prize of $1 million after her niece told her to pick boarding pass number '3' which turned out to be the correct match for the jigsaw puzzle contest.

Three seemed to be Ms Tobin's lucky number as she was the third finalist to be picked for the draw and it was her third time at Changi Airport.

She qualified for the draw after she purchased a bottle of whisky for her brother at Changi Airport on her way to Australia via Singapore last year.

She intends to spend the money helping her family out, buying a house with a kitchen garden and treat herself to a new car.

The other finalists comprised three Singaporeans, one Indonesian, one Malaysian and one Briton. They each won $5,000 in cash and received a three-night stay at Crowne Plaza Changi Airport, with airfare provided for non-Singapore participants.