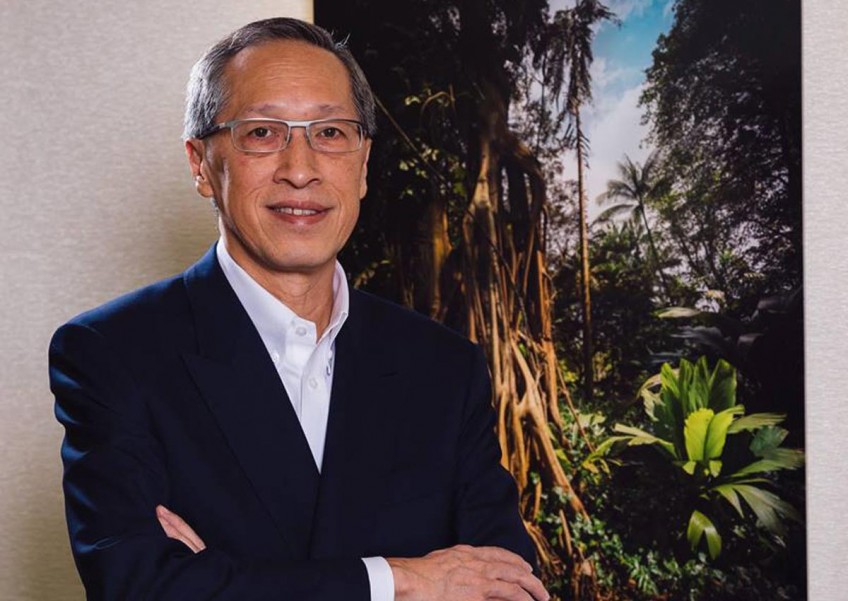 Mr Kwek Leng Joo photographed a painter's silk tapestry so that it would look like a painting.
The Straits Times

Prominent property tycoon Kwek Leng Joo's photographs of the Singapore Botanic Gardens were so awe-inspiring that they were chosen as part of the submission package for its Unesco bid.

And the gardens subsequently won the accolade to be the nation's first Unesco World Heritage Site.

As condolences poured in for the deputy chairman and executive director of City Developments (CDL), who died yesterday at the age of 62, there were also heaps of praises for his contributions to the arts and the environment.

His sudden passing took many by surprise. He died of heart attack, in his sleep.

Mr Kwek's love of nature was reflected in the numerous photos he had taken in Singapore and abroad, and in his promotion of green design and gardens in buildings.

Saddened by Mr Kwek's passing, Minister of Culture, Community and Youth Grace Fu wrote in her Facebook post: "Leng Joo was a passionate advocate of Singapore's arts, heritage and culture, and he helped many Singaporeans to see how these areas can be a part of our lives. In particular, through photographs.

"As an avid photographer, Leng Joo took many beautiful pictures of the Singapore Botanic Gardens. The Gardens was his source of inspiration and energy, and he visited it almost every week."

"May you rest in peace, Leng Joo. Your contributions have made Singapore a more beautiful place, and we will miss you. My deepest condolences to the family," she added.

Paying his tribute to Mr Kwek, Minister for Social and Family Development Tan Chuan-Jin said on his Facebook page that he deeply appreciated his "support for so many causes for our people and community". "We will miss him," added Mr Tan.

The minister thought Mr Kwek's last FB post on Sunday was "particularly poignant" and something for all to ponder.

Accompanied by a photo (below) of a family enjoying the beauty of sakura blossoms together, his post read: "This is what happiness looks like...a simple act, with people you love and absolutely nothing to do with money. For most if not all of us, as we age, we begin to lose the ability to enjoy such pleasures because of so many priorities imposed on ourselves.

"One way out is to try to get closer to the natural environment more often with family, friends or even just by yourself. Breathe in the fresh air and your perspective in life may change. Have a great Sunday everyone!"

The photo buff picked up the camera in his school days but put his hobby aside when he joined his family business in 1976.

He had held and taken part in photo exhibitions, where he showcased the splendour of the city-state's heritage monuments and flora and fauna through his lens.

The illustrious businessman also raised money for charity through sales of his photo works and and photo art books.

His last exhibition, held recently at the National Museum, from October 22 to November, was an artistic milestone. It featured a unique fusion of Mr Kwek's photography and Chinese brush strokes by painter Lin Lu Zai.

You can still catch the display at the Galerie Belvedere in Hill Street, which will be on till November 30.

Click on the gallery below to see the lasting legacy of Mr Kwek's photo works, including the ones featured in his last show.

[[nid:238117]]
SUBSCRIBE TO OUR NEWSLETTER
Your daily good stuff - AsiaOne stories delivered straight to your inbox