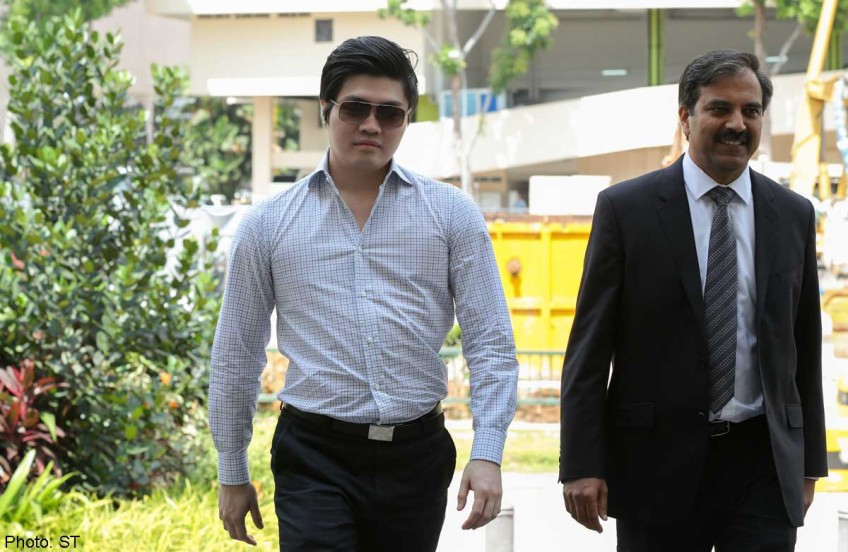 These were the luxury purchases which prosecutors cited yesterday to show the "trappings of wealth" of local businessman Eric Ding Si Yang, 32, that arose from his match-fixing activities.

Earlier this month, he was found guilty of three counts of corruption for providing three Lebanese football officials with prostitutes as bribes for fixing future matches.

Prosecutors pressed for a stiff sentence of four to six years behind bars, and a fine of between $120,000 and $300,000 to be imposed. Deputy public prosecutor Alan Loh said a heavy punishment was warranted because Singapore's feted reputation as one of the least corrupt countries in the world had been "tarnished" by international reports of match-fixing cartels operating out of the country.

He called match-fixing an "insidious undermining of the basic precepts of fair play" that causes great harm to society as it creates a "high-yield method for criminal organisations to launder money".

"The dangers of allowing match-fixing to proliferate uninhibited are thus far more sinister than would appear at first blush," he said, urging the court to make a "powerful and unambiguous statement" that match-fixing has no place in Singapore.

Mr Loh also cited court evidence that Ding has had ties with Dan Tan Seet Eng, named by Interpol as "the leader of the world's most notorious match-fixing syndicate", who is now under detention.

In mitigation, defence counsel Thong Chee Kun called the prosecutors' sentencing recommendations "draconian". He argued for a huge fine or, if the court deems it warranted, a short custodial sentence.

Mr Thong said it is "trite law" that each case should be decided on its own facts.

"It cannot be right to make Mr Ding pay for the actions of every match-fixer in Singapore," he argued. "The fact that Mr Ding had made certain purchases does not mean Mr Ding has used ill-gotten gains to finance his lifestyle." The defence also argued that no harm was caused because no match was fixed, and that the value of the bribes was low - though the prosecution argued this should bear little weight in "syndicated crime".

Ding is expected to be sentenced on Thursday.