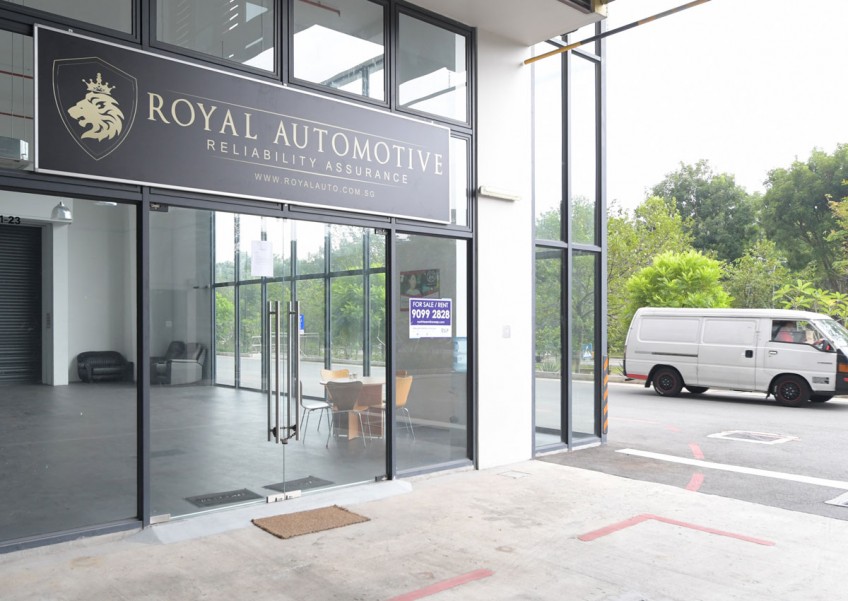 A former sales representative of Royal Automotive was charged in court last November with misappropriating funds.
The Straits Times

A parallel car importer in Woodlands Close seems to have closed down, leaving at least 13 buyers in the lurch.

Customers of Royal Automotive told The Straits Times last week that they are owed about $600,000 and have been unable to reach the company's director or staff in the past two months.

The company has vacated its showroom, its Facebook page has also been taken down and website sgCarMart lists it as "not in operation". ST was also unable to contact the company's director, Mr Syed Khairil.

Buyers said they placed orders with Royal Automotive from as early as last May, and made deposits and payments of up to $100,000 but never got their cars.

Other buyers said they could collect their vehicles only after they forked out more for the certificate of entitlement and additional registration fee.

The company allegedly told them it was in financial difficulty and would pay them back these amounts later. These customers are each owed between $20,000 and $60,000.

Royal Automotive made the headlines last November when its former sales representative, Chua Peng Jun, 23, was charged in court with misappropriating $414,564. Mr Syed told the media then that it would try its best to fulfil all its orders.

However, Royal Automotive texted some buyers earlier this month to tell them it had a "total loss of its liquidity and assets" due to Chua's case.

Besides apologising, the firm said: "There is nothing that we can do for any one (sic) of the customers."

Buyers said they were attracted by Royal Automotive's prices, which were up to $10,000 cheaper than other dealers.

Ms Tan C.H., 48, a customer relations officer, ordered a Toyota Sienta in October and placed a $10,000 deposit. In the same month, the firm asked for another $76,888, claiming the car would be delivered by year-end.

After Chua was charged, Ms Tan said the delivery was postponed to March. But she never got the car.

"We don't know what to do next. It's our hard-earned money," she said.

Attempts by three buyers to recover their money via the Small Claims Tribunal were unsuccessful.

Ms Kristen Teng, 31, an administrative manager, said Mr Syed did not turn up for the mediation last month. The registrar ordered the company to refund her deposit of $15,000 by March 15, but it did not do so.