A man, who was previously accused of bedding and cheating money from multiple women, is now alleged to have filmed himself during intercourse, hacked into an ex-girlfriend's email to retrieve her nude photos, and broke into a house.

According to Lianhe Wanbao via Lianhe Zaobao, these allegations were brought up by two new women who claimed to have been victims of the 30-year-old man, Kelvin, and the two have since lodged police reports.

News of the playboy were previously reported by Lianhe Wanbao in an earlier article, where three victims alleged that Kelvin had seduced them, asked for money, and disappeared afterwards.

However, Kelvin told reporters yesterday (Jun 29) that he wasn't a cheater and simply hasn't returned the money yet.

One of the two new victims alleged that she had caught Kelvin filming them while they were having intercourse, and had demanded that he delete the footage immediately, but is unsure if he had other footages.

She also accused Kelvin of hacking into her email to retrieve information about her family and her nude photos.

Said the woman: "He even uploaded my photos online and insinuated that I offered commercial sexual services.

"I felt threatened and decided to report the incident to the police."

She added that after the two broke up more than three months ago, she was shocked to find that someone had broken into her new house which was still under renovation, stealing her new oven, vacuum cleaner, four fans and a aircon remote, for which she had lodged another police report.

She explained that as the house was still under renovation, it could be accessed by Kelvin who knew the password for the electronic lock.

She also told reporters that after much persuasion, Kelvin finally returned her the vacuum cleaner. 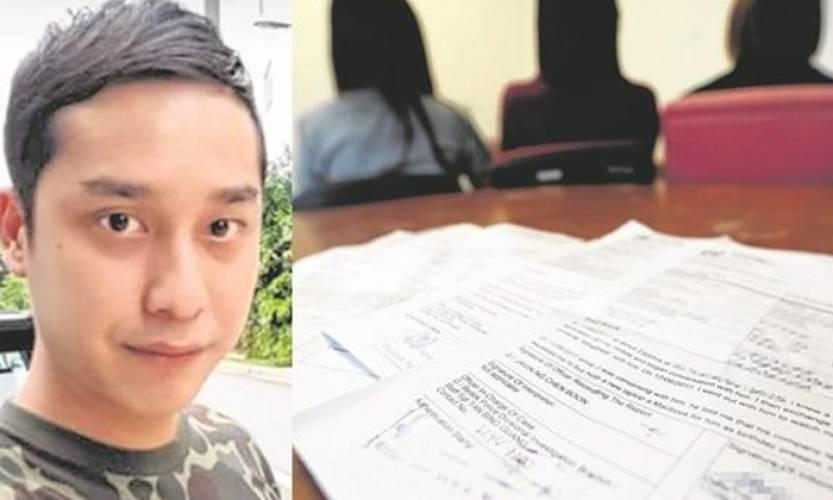 The rest of the items, however, are still missing.

She added that after they broke up, Kelvin had been harassing her ever since, prompting her to lodge another police report.

A police spokesman has confirmed all three reports lodged and said that the police were investigating the allegations of house-breaking and harassment.