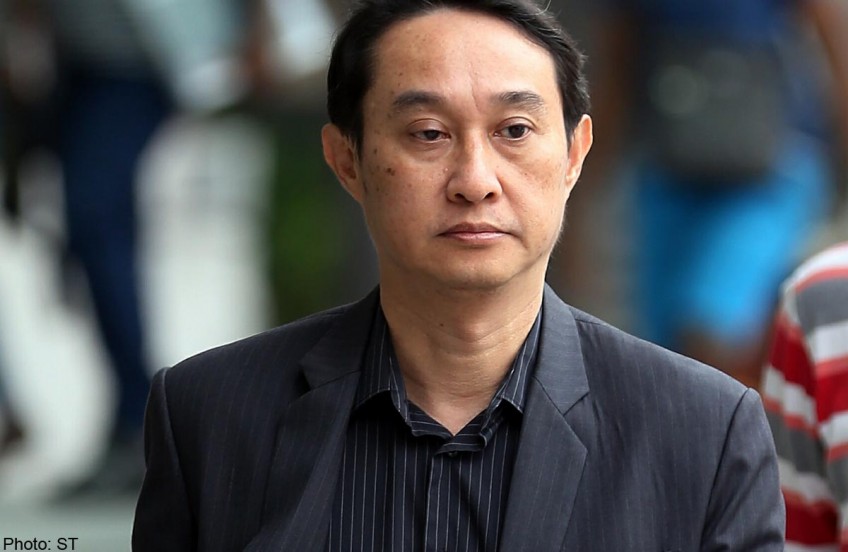 Former City Harvest Church fund manager Chew Eng Han is one of six people accused of misusing $50 million in church funds, and covering up the misuse.

The prosecution's cross-examination of the former fund manager for City Harvest Church ended yesterday as it began - by the defendant steadfastly rejecting all allegations of criminal wrongdoing against him.

"I disagree," Chew Eng Han (right) said repeatedly, as Deputy Public Prosecutor Christopher Ong laid out his case after 10 days of questioning Chew on the stand.

The 54-year-old Chew is one of six church leaders - along with founding pastor Kong Hee - accused of misusing $50 million in church funds to boost the music career of Kong's wife, Ms Ho Yeow Sun, and covering this up.

Five of them have also been charged with channelling money from the City Harvest Church's building fund into sham bond investments in Ms Ho's management company, Xtron, and glass manufacturer Firna.

Four, including Chew, then allegedly devised transactions to clear the sham bonds from the church's accounts to mislead auditors.

DPP Ong charged that Chew and his co-conspirators had committed criminal breach of trust when they dishonestly misappropriated $13 million for sham bond transactions in order to fund Ms Ho's music career.

"I put it to you that in doing so you intended to cause wrongful loss to the City Harvest Building Fund," DPP Ong continued.

"I disagree," Chew once again replied.

The exchange went on until all 10 charges against Chew had been outlined, with the defendant never budging.

Chew, who left the church in mid-2013, was the fourth of the six accused to take the stand in the long-running trial, which began nearly two years ago.

It will resume on Monday with deputy senior pastor Tan Ye Peng expected to testify.

Tan and Kong have both been portrayed by Chew as the masterminds of the plan to evangelise through Ms Ho's music, and the key people behind the funding of her career.