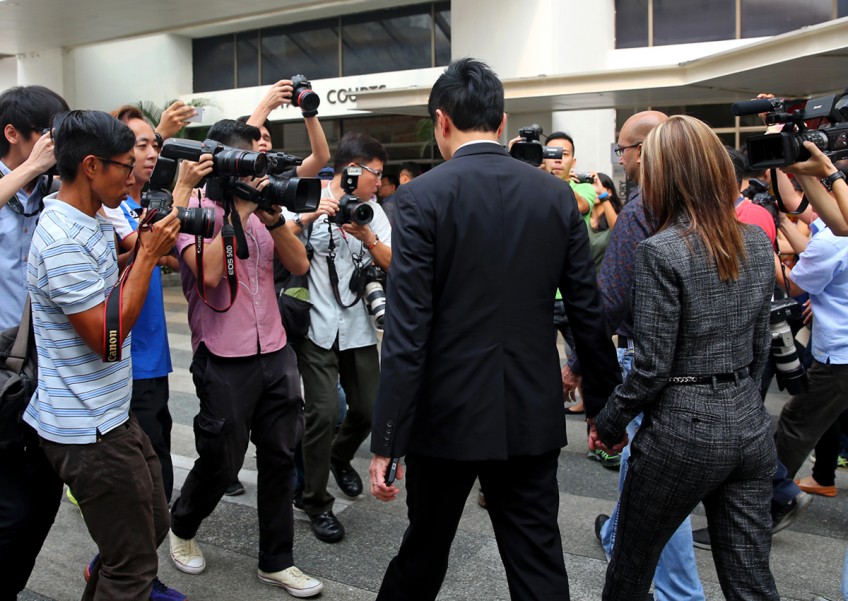 Her singing career may have been at the centre of the criminal case but Ms Ho Yeow Sun was not charged in court.

While she was "the star", she was not a co-actor in the crime.

Ms Ho was not involved in the criminal breach of trust and falsifying accounts, says Dr Lan Luh Luh, associate professor at National University of Singapore business school and faculty of law.

Dr Lan, who followed the trial, says: "Ms Ho is not involved even though she is a direct beneficiary.

"The people charged were the ones who devised and moved the money and that is criminal breach of trust. The money doesn't belong to any of the individual people, it belongs to the organisation."

Dr Lan says it was criminal breach of trust because the money raised for building projects was not used for its intended purposes.

Instead, the money was used to finance a career that cost millions.

"Not so much about the ultimate result. It is a fact that funds were not used for the purpose they were intended for."

But it wasn't just her singing career that was controversial.

The co-founder of City Harvest Church built a mega church that reportedly received millions in contributions from church members.

She moved to high-end apartments and wore expensive watches and clothes, which attracted criticism of her lavish lifestyle.

She spent seven years in the US trying to carve out her career. For about a year in 2010, she rented a Hollywood Hills mansion.

The estate, standing on 29,000 sq ft of land or about a third of a football field, was rented out for about US$20,000 (S$28,000) a month and comprised a main house, three self-contained structures and quarters for a butler, nanny and maid.

The voices of her detractors grew louder after 2002, when she became the star of the Crossover Project.

The 2007 single China Wine - featuring US rappers Wyclef Jean and Elephant Man - had her dancing provocatively.

Churchgoers questioned if it was necessary for her to be dressed in revealing clothes to promote the gospel.

Some asked if it was appropriate for a pastor to do that. Others within the church were also unhappy that they were allegedly pressured to buy her albums.

The home, where Ms Ho lived with her husband and her now 10-year-old son, boasts a rooftop infinity pool overlooking the upmarket One Degree 15 Marina Club.

Details of the contents within the luxurious duplex penthouse emerged after the lavish home was put up for sale in July this year.