Chee Soon Juan told to clarify his position on immigration 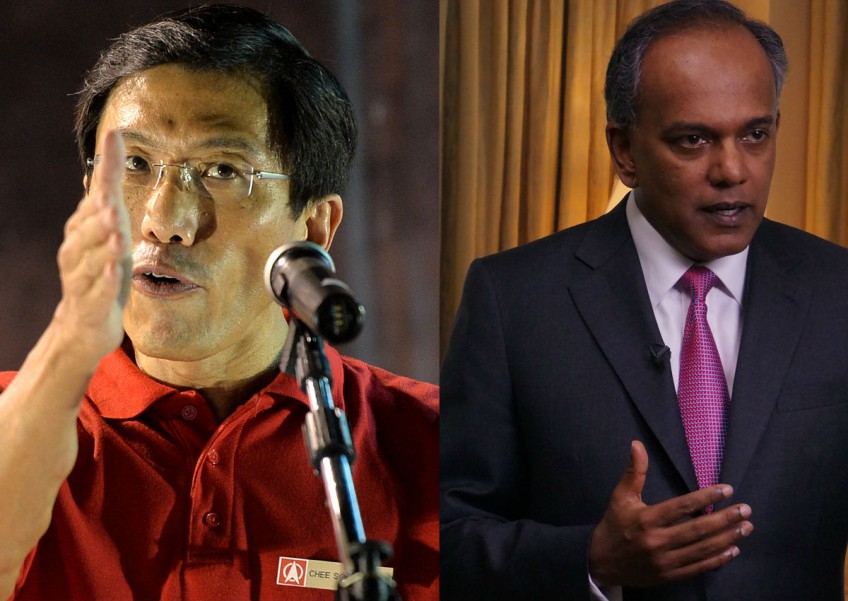 Dr Chee Soon Juan poses for a photograph with a Bukit Batok resident on May 4, 2016.
The Straits Times

Singapore Democratic Party (SDP) chief Chee Soon Juan yesterday said Singapore's immigration policy has to be tightened in the light of the discovery of a cell of radical Bangladeshi workers, and Home Affairs Minister K. Shanmugam has asked him to clarify his position.

Dr Chee's comments to reporters came a day after the Ministry of Home Affairs (MHA) announced that eight Bangladeshi workers had been detained for plotting violent attacks back in their country.

"We need to pay a lot more attention on people who come to our shores," he said in response to questions from reporters in Bukit Batok, where he is up against People's Action Party (PAP) candidate Murali Pillai in a by-election this Saturday.

"You let in hundreds of thousands, millions, you've got to be asking yourself, there must be people there who are not properly vetted," he added.

The men have been detained under the Internal Security Act (ISA), which allows for detention without trial for two years in the first instance, and is a law Dr Chee and the SDP have spoken against.

Dr Chee did not respond directly to questions on whether the ISA was needed and whether he felt it should be abolished, a position SDP holds, saying the case had "nothing to do" with it and "everything to do with immigration policy".

"Let's get at the root cause of the problem, that is where we need to stop this problem, before something really untoward happens here in Singapore," he said.

"The only way you can do this is when I get into Parliament. We will make sure that we raise this with the Home Affairs Minister, and ask him, give us the lowdown on who's coming into Singapore," he added.

Asked by reporters for his reply, Mr Shanmugam said Dr Chee's comments suggest a lack of understanding of the nature of the problem.

The minister pointed out that some 1,000 people from Indonesia and Malaysia have gone to fight in the Middle East, and hundreds of radicalised individuals have been arrested globally and in this region, including Singaporeans in Singapore.

He pointed out that there were "tens of thousands of Bangladeshi workers" here who work in construction and as cleaners in the town councils.

"So what do we do? Send them all back? Who is going to do their jobs? And also in the construction sector, (if) you send them back, who suffers? Singaporeans will lose their jobs too," said Mr Shanmugam.

He also said that after the terror attacks in Paris and Jakarta and the latest arrests, it was odd to still want to abolish the ISA, which allows for detention without trial for a period of up to two years at a time.