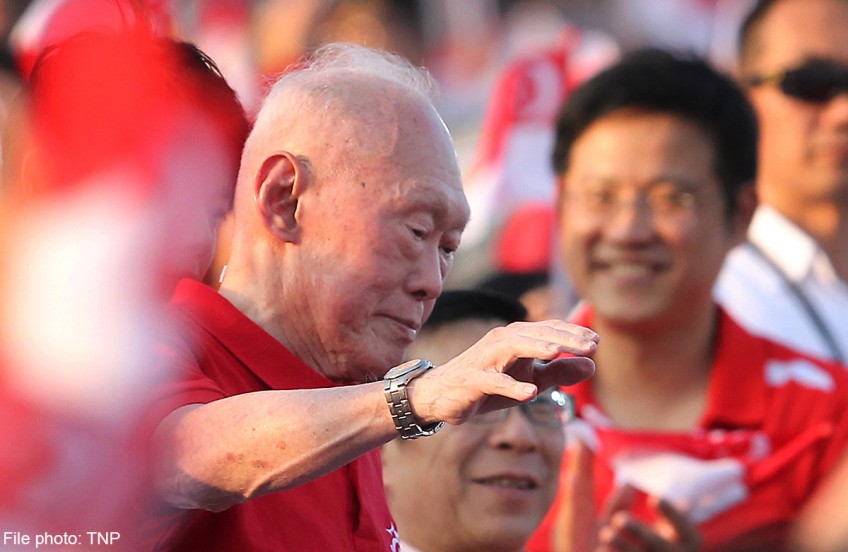 Mr Chiam wrote that he and his wife were saddened to learn about the passing of PM Lee's father and Singapore's first prime minister, whom he described as "a great statesman, parliamentarian and a master of public policy".

The letter said: "He was there at the time when Singapore was swarmed with numerous problems, ranging from domestic to international issues. He was there, just as Britain needed Winston Churchill during World War II - always taking a strategic and long term view of Singapore."

Mr Chiam, 80, added that no one else has shaped modern Singapore more so than Mr Lee did.

The veteran opposition politician wrote: "He was a man of many seasons. He will live on in history, remaining for future generations the symbol of Singapore's success.

"His absence from our 50th National Day Parade later this year will be particularly poignant to us."