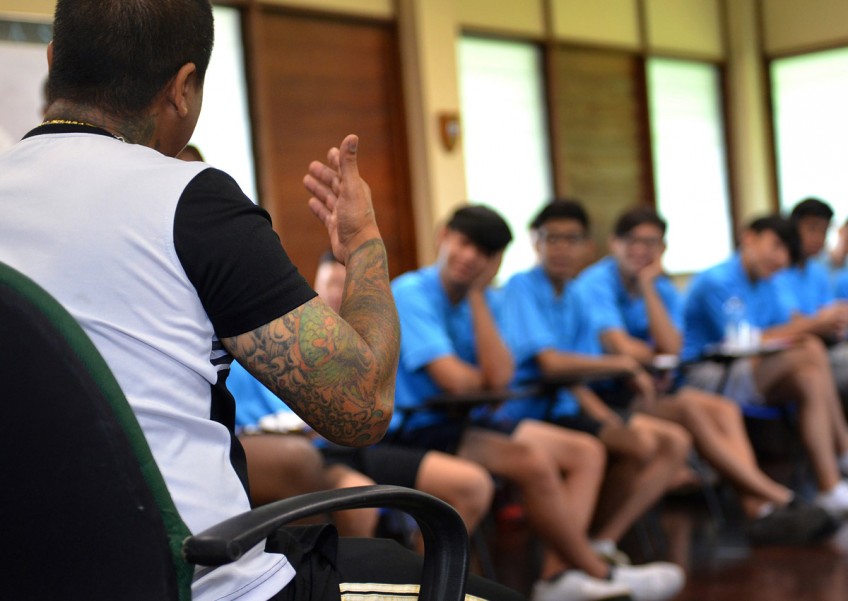 The Straits Times understands that about 180 members of the public have indicated their interest to the National Council of Social Service (NCSS) in becoming a volunteer.
The New Paper

A new scheme allowing young suspects to be accompanied by an independent party during police interviews will be administered by the Singapore Children's Society (SCS), sources told The Straits Times.

On track to be rolled out in stages from next month, the Appropriate Adult (AA) Scheme for Young Suspects will benefit those under 16.

When minors have to be taken to a police station for an interview, the authorities will call upon its pool of trained volunteers, who must arrive within 11/2 hours of being activated.

These volunteers, or AAs, will help to look for signs of distress in the young suspects and provide them with emotional support.

They may take notes of the interview process and intervene if necessary, such as to request a break or ask officers to rephrase a question, if they notice that a young suspect may have trouble understanding it. But they must remain neutral.

Volunteers may not provide legal advice or disrupt the course of justice in any way.

The Straits Times understands that about 180 members of the public have indicated their interest to the National Council of Social Service (NCSS) in becoming a volunteer.

Close to 100 have been through a training session on working with youth, and basic police procedures.

Among them are retired educators. ST understands that the Education Ministry had reached out to them about the new programme.

NCSS, which is appointing SCS as the service provider, is expected to reveal more details about the roll-out soon.

The AA scheme for minors, similar to an existing one for offenders with intellectual or mental disabilities, was announced by the Ministry of Home Affairs in January.

It followed an inter-agency review of investigation processes after a 14-year-old schoolboy, Benjamin Lim, fell to his death on Jan 26 last year, hours after being questioned by the police.

No other adult, such as Benjamin's parents, was present during his interview at the police station, and it sparked a discussion on whether officers should be able to interview minors alone.

The new AA pilot is expected to start at the Bedok Division, the Criminal Investigation Department of the police as well as the investigation division of the Central Narcotics Bureau.

A recently confirmed volunteer, Mr Henry Wang, 45, has a child who was diagnosed with mild autism six years ago.

He hopes that his knowledge and experience in handling a young child in stressful situations will come in useful.

Mr Wang recalled how his son, now eight years old, would scream in public if he was uncomfortable with the environment.

"Initially, I felt quite embarrassed, could not control my own anger and shouted back at him," said the director of a business consultancy.

But through his own research, Mr Wang learnt to change his attitude and consider how his actions affected his son, who has begun to open up to him, and is doing well in school after getting professional help from therapists, he said.

"I felt that since I learnt a lot, I wanted to volunteer and give back to society," he added.

Others, like civil servant Vincent Tan, 46, decided to join the scheme after learning of Benjamin's death in order to help young people who may find themselves in a similar situation.

"I feel for (Benjamin) and his family, and I think that this scheme can help to minimise such incidents," he said.

An AA can look out for young persons so they are not left to "fend for themselves during the interview".

"As a father, I definitely would want the well-being of my children to be taken care of, if they have any brushes with the law," added Mr Tan, who has three children aged 18 to 21.

"Everyone makes mistakes. My belief is that we should not allow such mistakes to cost a life."

This article was first published on March 13, 2017.
Get a copy of The Straits Times or go to straitstimes.com for more stories.