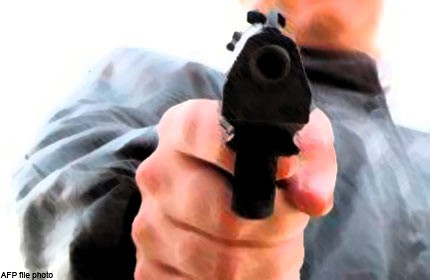 BEIJING - A policeman in China who shot dead a pregnant woman while drunk and injured her husband was executed for the crime Tuesday, state media said.

The couple were tending to their rice noodle restaurant last October when Hu Ping entered, drunk and shirtless, before opening fire when he was told there was no milk tea, domestic media previously reported.

Hu was sentenced to death in February and the Intermediate People's Court of Guigang in the southern province of Guangxi "carried out the death penalty" Tuesday, the official news agency Xinhua said.

An appeal by Hu in April was rejected, the report added.