Singapore has given the green light to a performance by China's air force at an international aerospace event next week, despite its restrictions on travellers from the country in the wake of the deadly coronavirus outbreak.

The People's Liberation Army Air Force's August 1st aerobatics team will, for the first time, fly in the Singapore Airshow - a gathering once every two years of thousands of aviation and defence experts slated to begin on Tuesday, albeit on a smaller scale than previously planned because of exhibitors pulling out as the spread of the virus has forced airline suspensions and upended global travel.

On Wednesday, China's defence ministry said in a post on Chinese messaging app WeChat that it would be sending nine aircraft and more than 100 personnel to Singapore.

The Il-76s are assigned to the PLA's 13th Transport Division in Hubei province, the epicentre of the coronavirus outbreak, the report added.

Last week, in a bid to stem the spread of the virus which has to date infected more than 24,000 people - the vast majority of whom are in China - Singapore authorities barred all foreign passport holders travelling from mainland China from entering or transiting in the city state.

It was among the first countries to institute a blanket ban, before the US, Indonesia, Australia and the Philippines followed suit. Other Asian countries such as Japan are allowing travellers from China to enter, except those from Hubei province.

When the restrictions were first announced, Singapore's health ministry said that Chinese passport holders who can show that they have not been to mainland China may be allowed entry, on a case-by-case basis.

Responding to queries, organisers of the Singapore Airshow said that the August 1st flying team had taken "proactive measures" such as health checks and temperature screenings before they fly into Singapore.

"The Chinese personnel are military personnel who live on bases and have been conducting regular health checks and regular temperature monitoring," said organiser Experia Events in a statement.

"The Chinese personnel's participation was surfaced to the relevant government authorities, and upon careful consideration and medical assessment, it was decided that they will continue to participate in the Singapore Airshow."

Chinese nationalist newspaper Global Times quoted experts as saying that Singapore did not quarantine the Chinese pilots who arrived on Wednesday as a sign of its "high level of trust in China's epidemic control measures".

The state-owned tabloid further said that the August 1st team's arrival should be considered a strong sign of support for Singapore, given the number of exhibitors that have pulled out of the air show. It also quoted a statement by China's defence ministry saying the PLA's participation reflected "good military co-operation relations" between both sides.

Singapore's defence ministry later reiterated by email that the August 1st team had undergone regular health checks and medical screening at a military base in the northeastern Chinese city of Tianjin, where they conducted their training. 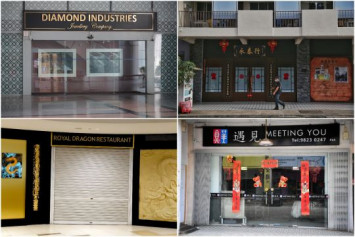 Precautionary measures, such as regular temperature and health monitoring, will also be taken during their stay in Singapore, the ministry said.

The August 1st aerobatics team's flying display will be one of five at this year's air show, which will also feature the US Marine Corps' F-35B Joint Strike Fighter and US Pacific Air Forces' F-22 Raptor making their debuts.

Organisers earlier announced the cancellation of one component of the event - the Singapore Airshow Aviation Leadership Summit 2020, which was expected to bring together about 300 aviation leaders and government officials - because of the coronavirus outbreak.

Some 16 exhibitors have also pulled out of the show, including 10 from mainland China. 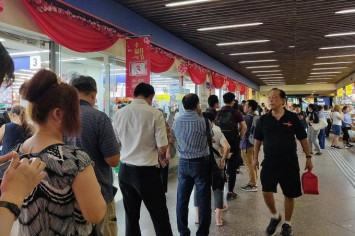 In response to concerns over the spread of coronavirus, David Boey, of the Defence Ministry's Advisory Council on Community Relations in Defence, said that China was not "hermetically sealed" off from Singapore.

Air cargo freighters and ships continue to go between Singapore and the mainland, albeit under stricter supervision, he said.

Boey added that there had been talks over the past few years to get China's August 1st aerobatics team into Singapore but these fell through because of air traffic control issues.

The Chinese team's presence this year was therefore "highly significant", he said, adding that it coincided with the 30th year of diplomatic ties between the two countries, and a "banner year" for Sino-Singapore relations.

Even though the aircraft used by the August 1st team did not originate from Wuhan, Boey said that top-down actions were required to address public concern, should they arise.