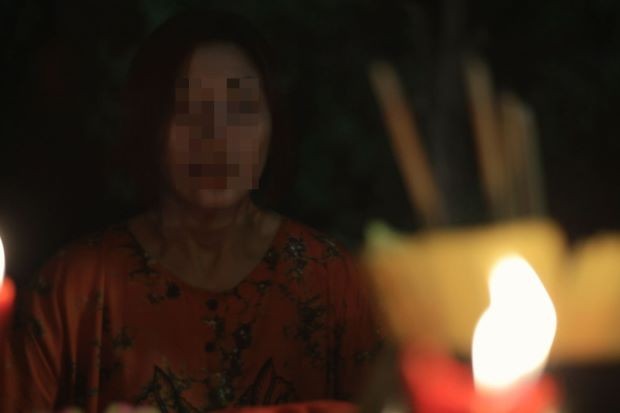 SIBU - Police are looking for a Chinese national for allegedly cheating a woman of her money and jewellery worth RM45,942 (S$14,600).

The case happened on Feb 20 but the victim only lodged a police report on March 11 after realising that she had been cheated.

The suspect, who introduced herself as a medium, told the victim that her youngest child would die in an accident, but she had divine power to prevent it from happening.

ACP Saiful said the suspect asked the victim to give over her money, three gold rings and a gold necklace to be used to counter the evil omen.

"Fearing the omen, the victim handed over the items to the suspect," he said.

The suspect put the money inside a black plastic bag after saying some prayer, then asked the victim to take the bag home and only open it on March 11.

"When she finally opened it, she was shocked to find only two bottles of mineral water and a pouch of flour and salt inside," he said.

It was only then that she realised that she had been conned by the woman.

ACP Saiful said police are looking for the 40-year old woman from China to assist in the investigations.

Read also: 'Can you hear me' scam could be next trick swindlers bring to Singapore