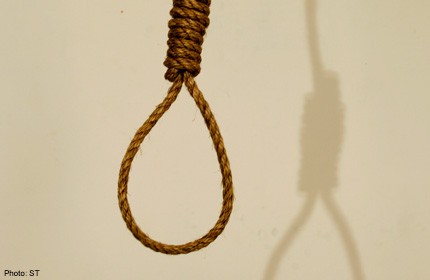 BEIJING - A man who threw a Chinese toddler to her death during a row over a parking space has asked for the death penalty, state media reported Saturday.

Han Lei, 39, told prosecutors he felt so guilty and distressed that he wanted to die, the Beijing News reported.

"I caused such a calamity for the child... please make sure that I am sentenced to death," it quoted him as saying. "I don't want to live any more."

Han took the nearly three-year-old child from her pram and threw her to the ground near a bus stop in Beijing last month after her mother refused to make way for him to park his car, Chinese media have reported.

He and a friend in the car drove away and the toddler died two days later of her injuries, the reports said.

Han has been charged with murder.

He was sentenced to life in prison in 1996 for stealing a car worth 410,000 yuan ($67,000) but was released last year after the sentence was commuted, according to other media reports.

The other man in the car, Li Ming, turned himself in to police last month and has been charged with sheltering a criminal, the Beijing News said.

Social tensions and resentment have been mounting in China in recent years against a backdrop of a widening income gap and abuses of public power.

In a similar case, a policeman has been detained accused of grabbing a seven-month-old baby girl from her parents last month after drinking with friends in Linzhou in Henan province and throwing her to the ground, fracturing her skull.