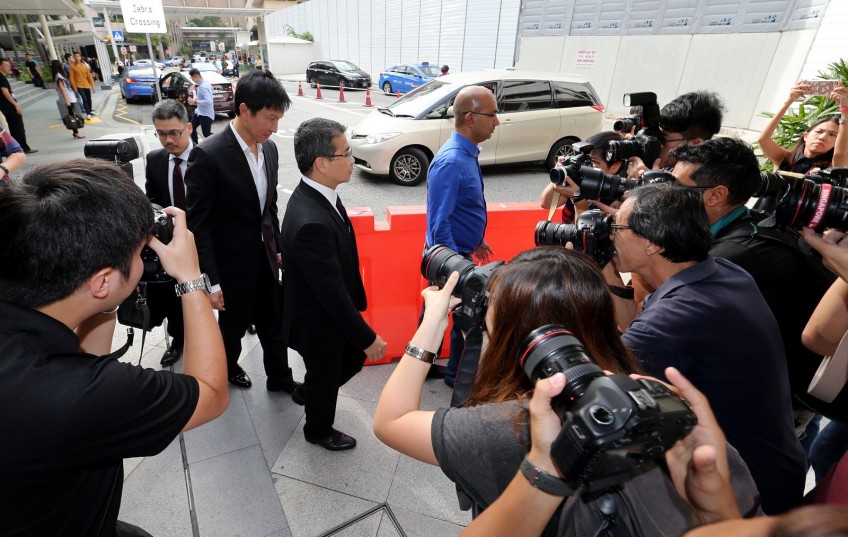 According to The Straits Times, the six are most likely to be sentenced today.

SINGAPORE - The City Harvest Church (CHC) trial, which spanned almost three years, has finally concluded, with six of its leaders being sentenced at 3pm on Friday (Nov 20).

The church's former finance manager Serina Wee was given a sentence of five years in prison, while her colleague Sharon Tan received the lightest sentence of 21 months in prison.

Former church investment committee member Chew Eng Han received six years' jail, but he has told the court that he will appeal.

According to earlier reports, prosecution was seeking a sentence of 11 to 12 years' jail for Kong Hee, eight to nine years' for John Lam, about 11 to 12 years for both Tan Ye Peng, Chew Eng Han and Serina Wee; and about five to six years for Sharon Tan.

All six were found guilty on Oct 21 of all charges ranging from criminal breach of trust and falsifying accounts.

Channel NewsAsia reported that the defence appealed for lighter sentences, citing that they were acting in the interests of the church.

However, the prosecution side submitted that "each of the accused persons played their respective roles in a conspiracy with intent to cause wrongful loss to CHC and to defraud the auditors".

"They did not merely wait passively for Kong Hee to instruct them to carry out each specific act and deception needed to drive the conspiracy forward. They took their own initiative to deceive and mislead the trusting members of CHC where necessary, and cannot escape responsibility for those acts."