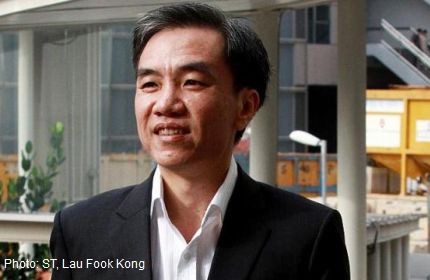 City Harvest Church board members had backed the secular music career of Ms Ho Yeow Sun as a way to evangelise as far back as 2002, said one of the accused in the City Harvest trial on Monday as it resumed with the defence taking its turn.

The accused, former church board member John Lam Leng Hung, said the church had decided to reach out to young "unchurched" people through Ms Ho's music as it saw the entertainment industry "held sway" over them. The board members also agreed that the church's backing of Ms Ho should be discreet so that the young people would not dismiss her music as "yet another church-sponsored project".

This need for discretion was reinforced in 2003, "when many of us were traumatised" by allegations of a former church member that the church was using members' money to support Ms Ho, he said. "Even Christians from other churches couldn't understand how a church could be supporting what to them was a secular project. We knew that if the project was to continue, it cannot be seen that the church is actively supporting Sun," said Lam.

All six accused, including church founder Kong Hee, will testify. Kong's wife Ms Ho had appeared at the State Courts on the first day of each of the trial's previous tranches, but was not present on Monday when the trial resumed. She is expected to be called as a witness.