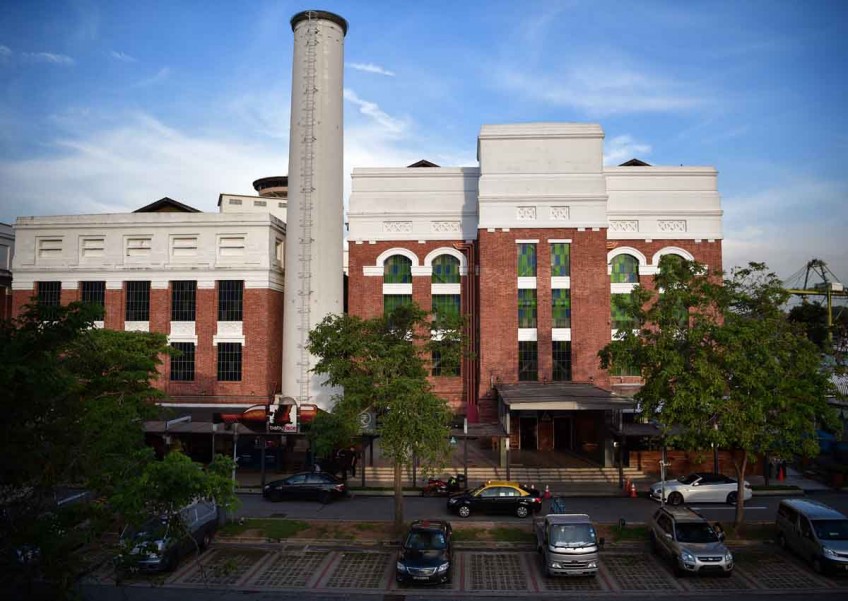 Less than an hour before two men were attacked near St James Power Station on Sunday morning, one of them had scolded an employee at a club they were at.

The owner of Postbar, who gave her name only as Daisy, said the two men were patrons of her club, which is commonly known as Bounce among partygoers.

She told The New Paper yesterday that the men had put a bottle in a compartment underneath the table they were at.

When her employee put the bottle back on the table, one of them scolded him.

Adding that her employee did not argue back, Daisy, 37, said: "He was drunk and scolded a staff member. The staff member then walked away."

She said that when the two customers left around 5.10am, she ushered them out.Half an hour later, when Daisy was closing the club, she said someone came running by and shouted that a man was being stabbed.

At 6am, police officers on patrol came across Mr Sateesh Kumar, 34, who had sustained stab wounds to his head and back, and his friend, 28, who also had injuries to his head.

Mr Sateesh was pronounced dead at 6.45am at the Singapore General Hospital, where his friend was admitted for treatment. The police have classified the case as murder.

Daisy said she ran 20m to the spot where Mr Sateesh was on the ground.

"His friend was standing there... I stayed with him till the ambulance came," she said.

Daisy said she is unaware if any of her staff were involved.

Clubgoers who frequent St James, near VivoCity, which has about 10 clubs in the area, told TNP that fights often break out there. These scuffles result in bottles being broken and beer towers being thrown around.

A waitress who used to work at Postbar, who gave her name only as Rani, 26, said fights there were a common occurrence.

She said: "In my two months there in 2015, I witnessed eight violent fights. They would raise their voices and even whip out Swiss Army knives to threaten each other. They have hurt many people. Most fights start inside and escalate outside."

Another partygoer, Priya, 19, has witnessed four fights in her two visits to Postbar.

She told TNP: "I once saw a man who smashed a bottle inside the club and wanted to harm someone with it. He tried to attack the bouncers too."

Mr Kumar, 24, another regular at Postbar, said: "I've witnessed three fights inside, but more fights take place outside. A young man, who was drunk, took out a butter knife and tried to threaten me, but the bouncers took us out to resolve it. The club should be more stringent in checking patrons' bags."

Daisy said fights do not usually happen inside her club. She said the arguments start inside and escalate outside. However, they happen only about once every three months, she said.

She has seven people on her security team.

Daisy said: "If there's a fight, (security) would stop and separate the groups, take them out and ensure they settle the issue before they are permitted re-entry. If the quarrel leads to a punch, the person does not get back in, and we call the police.

"After closure, security is stationed inside and outside the club to ensure all intoxicated customers go home safely."

A partygoer at St James, who gave his name only as Bob, 23, said: "The fights happen outside the clubs, at the carpark, and would be between groups of seven or eight people."

The management of St James declined to comment on its security measures.

This article was first published on March 14, 2017.
Get The New Paper for more stories.