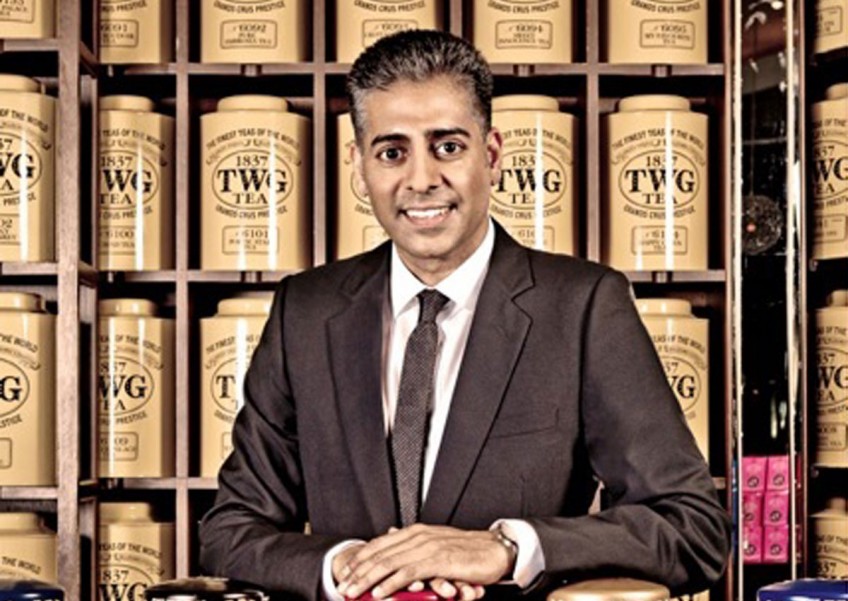 A co-founder of luxury tea brand TWG Tea has lost his case against the chief of lifestyle company Osim International and others, with a judge calling one of his claims a storm in a tea cup.

TWG Tea co-founder Manoj Murjani had his claims against Osim International chief executive officer Ron Sim and five others dismissed by the High Court and failed to convince the court he was removed as chief executive of TWG Tea.

In judgment grounds released on Friday, Judicial Commissioner Chua Lee Ming also rejected his defamation suit against Osim and eight others as "nothing more than a very big storm in a tiny tea cup".

The dispute goes back to 2011, when Osim, which sells healthy lifestyle products such as massage chairs, invested in TWG Tea.

The gourmet beverage firm was launched in Singapore in 2007 as a subsidiary of The Wellness Group (TWG) - a company founded by Mr Murjani - which invests in and promotes spas and health and wellness products.

"Unfortunately, disagreements soon started brewing between the two men at the helm of TWG Tea and Osim," which "boiled over and spilled into this court", said the judge.

A key issue was Osim's subsequent share subscription in TWG Tea in January 2014, which increased its overall stake to 69.9 per cent of the shares in TWG Tea.

The lead plaintiff, The Wellness Group, had alleged that the share issue was an act of minority oppression and breached the terms of a shareholders' agreement on March 18, 2011, between Osim, Paris Investment, itself and TWG Tea.

Lawyers Prakash Pillai and Koh Junxiang from Clasis Law, who represented both plaintiffs, The Wellness Group and Mr Murjani, had sought a court order to set aside the shares issued to Osim and its wholly-owned Paris Investment.

They argued that Osim and five other defendants had acted "oppressively" against The Wellness Group's interests under the Companies Act.

The Wellness Group had accused them of conspiring to injure it and Mr Murjani, and breaching an implied term in the sale contract to maximise TWG Tea's profit before tax for 2013.

Mr Murjani alleged that Osim and others had acted to damage TWG Tea's profitability and acted wrongfully to enable Osim to take control of TWG Tea.

The Wellness Group alleged that they did this using several means, including acts by Mr Sim and Mr Taha Bouqdib, a director and chief executive of TWG Tea, to remove Mr Murjani as CEO of TWG Tea.

They argued that the defendants acted properly and there was no intention to "dilute" Mr Murjani's shares when the share subscription was raised for TWG Tea, among other things.

After an 18-day hearing over three months last year, the judge ruled that The Wellness Group had "failed to prove all of its allegations".

The judge said while the appointment of directors Khor Peng Soon and Peter Lee to TWG Tea breached an implied term of the shareholders' agreement, it did not amount to unfair conduct within the meaning of the Companies Act.

He said there could not have been any prejudice to The Wellness Group as Osim had control of the TWG Tea board before the duo were appointed.

He also found "no commercial unfairness" in the share subscription issue.

The judge also found that Mr Murjani resigned on his own accord as CEO of TWG Tea in 2012 and was not removed as he alleged.

He noted that Mr Murjani had said in an e-mail to Mr Sim a day after he announced his resignation, that he supported the steps necessary to professionalise the company.

Mr Murjani had also taken issue with a statement released by the Osim board in 2014 in accordance with SGX Mainboard Rules. It had described the allegations as "unmeritorious and groundless".

Separately, he dismissed a counterclaim by Osim against The Wellness Group and Mr Murjani that two paragraphs in a February 2014 Straits Times report attributed to a press statement by TWG had defamed Osim and five others.