Cockfighting ends in murder most foul 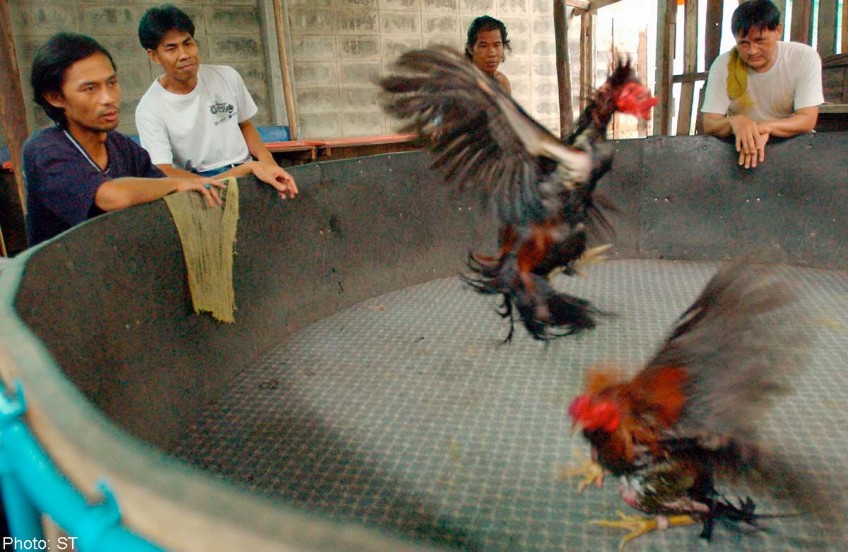 MIRI- A cockfighting session in Miri ended up in mayhem as armed assailants attacked and shot dead a cockfighting participant in cold blood.

The assailants fired several rounds into the 45-year-old victim's head, face and body in front of the horrified crowd.

He died shortly after being rushed into the Miri Hospital emergency unit by members of the public who witnessed the incident.

The incident happened on at 11pm Tuesday near a forested plot of land near to the Taman Tunku residential estate, some 15kms from Miri City Centre.

The police confirmed that the Miri Central Police station was alerted about the incident and that the case is being investigated under Section 302 of the Penal Code for murder.