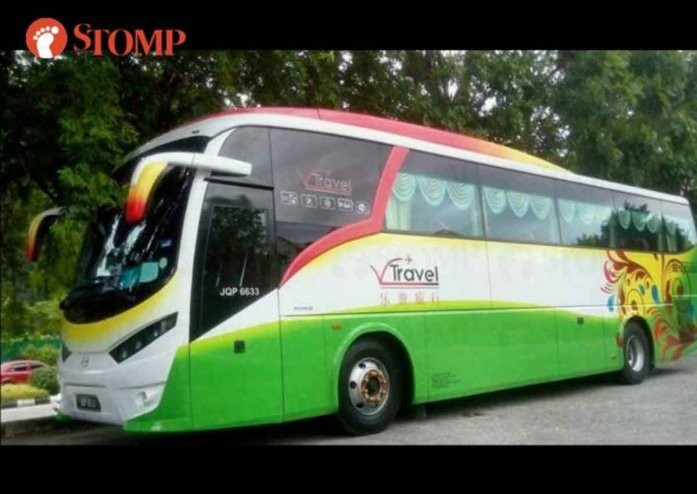 The coach driver who allegedly left a group of Singaporean travellers stranded at the Second Link, and drove off with their possessions, has been suspended.

News of the incident was first reported in an earlier Stomp article, after one of the travellers, Stomp contributor Shajahan, alerted us to it.

According to Shajahan, he was part of the tour group which had boarded the bus with licence plate number JQV6633 operated by KKKL Travels & Tours from Kuala Lumpur at 5.15pm on Jun 26.

When the group reached the Johor checkpoint at 12.15am on Jun 27, they alighted to pass through immigration, leaving their luggage on the bus.

However, when the group came out, the bus had left -- along with their possessions.

Shajahan, who is estimated to have lost around S$3,000 to S$3,500 worth of personal belongings, subsequently made police reports.

A spokesman for KKKL told Stomp yesterday (Jul 3) that the company was conducting an internal investigation and reaching out to customers to resolve the issue.

In response to a Stomp query, KKKL's lawyer Michael Wong told us today:

"The company is completing its internal investigations and the bus driver has been suspended.

"The company will meet up with the affected parties today (Jul 4) to sort out the issues.

"My client also deny all allegations that KKKL has been unresponsive in the follow up to the case.

"KKKL will work with the affected passengers to find the best solution."