Concern over killing of dogs for food 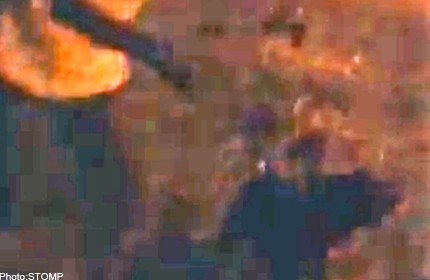 Screenshot of a video posted on Stomp website of a stray dog at Hougang Avenue 2 being taken away by contractors engaged by the Agri-Food and Veterinary Authority of Singapore (AVA).

There have been growing concerns by animal shelters here that stray dogs are being caught and consumed as food by foreign construction workers.

At least three animal shelters My Paper spoke with said they have received an increasing number of reports.

However, Save Our Street Dogs said the rise could be due to more public awareness on animal cruelty.

Save Our Singapore Dogs said reports of such animal cruelty used to be a rarity but it now receives about one to two reports a month.

Ms Cathy Strong, founder of Animal Lovers League, said she receives about one or two reports a month of stray puppies going missing from areas where feeders normally do their rounds.

It is thought that these puppies had been killed and consumed, she said.

The Agri-Food and Veterinary Authority of Singapore (AVA) said that it has received "occasional feedback" on alleged slaughtering of dogs for consumption.

However, those who have provided such feedback have thus far been unable to provide the necessary information for investigations to be conducted.

An AVA spokesman said in reply to My Paper that in order to prosecute an offender, "direct verifiable evidence", such as photographs and videos, is needed, as well as witnesses who are willing to testify in court.

The spokesman added: "We do not tolerate acts of animal cruelty and investigate all feedback on cruelty, including allegations of slaughtering of dogs for consumption."

Mr Ricky Yeo, president of Action for Singapore Dogs, said: "It is very hard to prove it, short of them being caught in the act."

A notable case that caught both the attention of the AVA and Save Our Street Dogs took place on Vesak Day in May last year.

Save Our Street Dogs president Siew Tuck Wah said: "(Workers at) a (construction) site in Punggol were organising a barbecue and the main course was to be a new litter of six puppies.

"They invited friends from all over. Stray feeders informed us and we promptly removed the dogs."

In addition to this, on June 5, SOSD posted a photograph on its Facebook page of a stray dog it named Cinnamon.

The dog was rescued from a Tampines worksite, after a feeder was tipped off by Thai workers that Cinnamon's missing sister was bludgeoned to death and eaten by other workers.

While "verifiable" evidence appears to be missing from these cases, they are not isolated ones.

Ms Strong said she has personally witnessed two incidents of animal cruelty - in 1995 and in 2004. In the earlier incident, she witnessed Thai workers carving up a dog with a knife and shoving its remains into a plastic bag near Tampines Expressway.

In the 2004 incident, Ms Strong saved a puppy before it could be skinned by foreign workers in Pasir Ris.

Anyone found guilty of animal cruelty can be fined up to $10,000 and/or jailed up to a year. AVA said it will press for a deterrent sentence, if warranted.