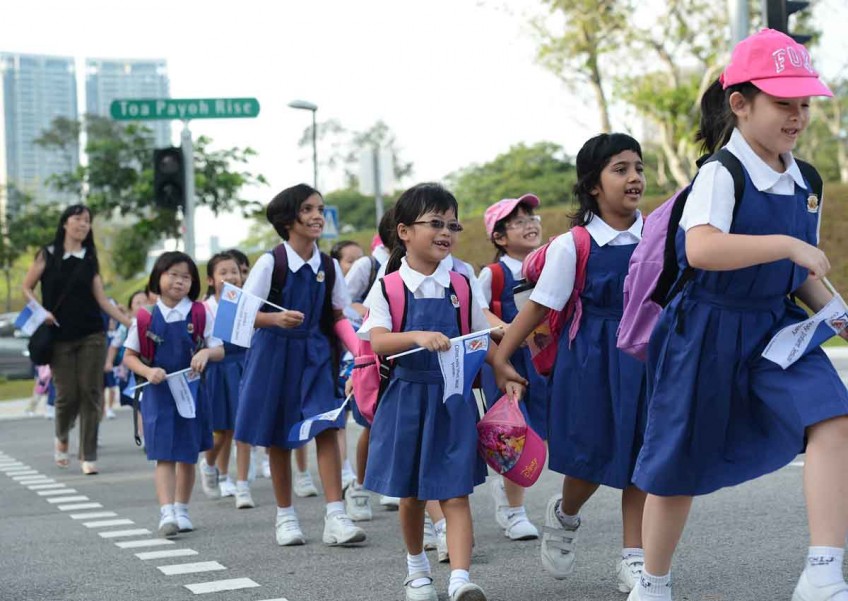 Parents with children in affiliated primary schools hope that the advantage, which can be as many as 40 points, will remain under the new scoring system, but are worried that it will be diluted as MOE has said that is reviewing the details and will engage the schools before releasing more information.
The Straits Times

The debate on the priority given to pupils from primary schools affiliated to secondary schools has erupted again with the announcement on the changes to the Primary School Leaving Examination (PSLE) scoring system.

Last Wednesday, the Ministry of Education (MOE) revealed the details of the new scoring system, which will come into effect in 2021, and how it will be used for posting to secondary schools.

The score is the sum of the marks for all four subjects which has been adjusted depending on how the cohort performs.

With the overhaul in the scoring system, T-scores have made way for scoring bands known as Achievement Levels, ranging from AL1 to AL8. The PSLE score will be the sum of ALs for English, maths, science and mother tongue. The best score will be 4, and the lowest 32.

Under this new scoring system, some parents are questioning if this wide discount given to affiliated pupils will still be allowed.

Currently, pupils applying for a place in an affiliated secondary school are required to meet the cut-off set by the school and list the school as their first choice.

Said parent Sara Anne Lim, 30, a mother of two whose elder daughter is in Primary 1 in a mission school: "I was happy to read that priority will continue to be given, but I also read about MOE reviewing the details and that has me worried.

"Catholic parents like me want our children to remain in the same school. So, surely the cut-off should be kept to the minimum. As long as pupils make it to the Express stream, they should be given a place in the affiliated secondary school."

The minimum score for entry into the Express stream under the new scoring system is 22.

Some parents, such as Mr Clement Tan, 40, have an opposing view.

Writing to The Straits Times, he said that as many of the mission schools are popular, they should not be allowed to give too much of an advantage to affiliated pupils.

He suggested MOE should look into introducing a bonus point system under the new grading method, similar to the O-level system.

"Say, if you give one bonus point to affiliated pupils, that would be a fairer system and still leave places for others with no school links."

Some schools have recognised that giving affiliated pupils too much of an advantage may have unintended consequences.

Before 2012, no minimum cut-off score was imposed on pupils from Kuo Chuan Presbyterian Primary School who wish to join the Express stream in the affiliated secondary school. Some pupils posted to the stream had T-scores as low as 187, the school revealed on its website.

This led to some pupils struggling academically at the O levels. A minimum T-score of 200 was implemented in 2012 for affiliated pupils.

Mr Gerard Ee, chairman of the St Joseph's Institution board of governors, believes that the affiliation system should be standardised.

"If it is a bonus point system, there should not be some schools giving out more or fewer points."

But he also said schools should be given autonomy when it comes to decisions like the quota set on the number of affiliated pupils joining the school, or for making exceptions for the sake of inclusivity.

"If a mission school wants to accept some pupils with learning needs who did not perform as well, it should be encouraged. It shouldn't be inflexible to the extent that the school is penalised for doing good."

National University of Singapore sociologist Paulin Straughan said that having such a "through-train" system of affiliation takes the stress out of having an overemphasis on academic achievement at the primary school level.

"If there is any kind of top-down directive, it should be about matching minimum competency levels in terms of academics. But the school should be left to decide what the demand and supply factors should be. A principal may think that it is still important to have diversity in the school, for example," she said.