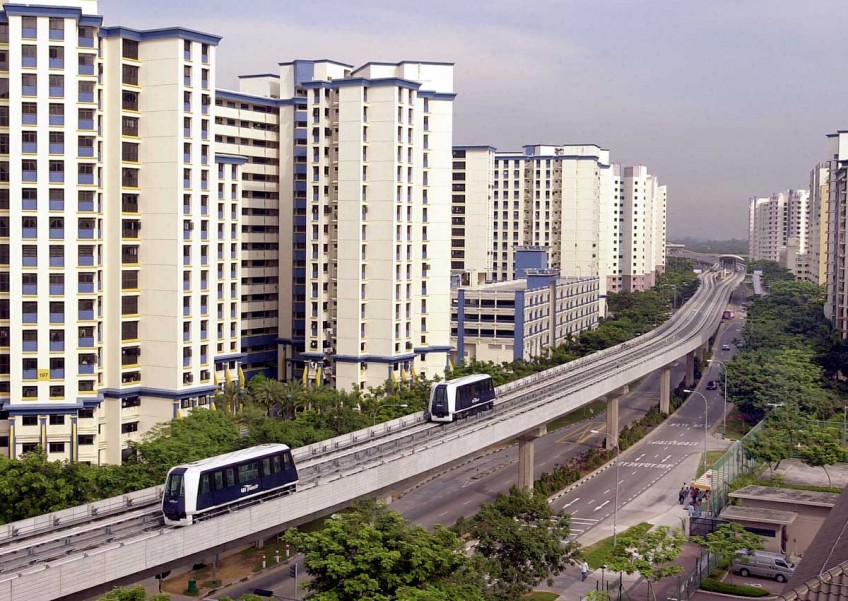 Rents for condominiums rose in February from January, the second straight increase month on month after a period of falling rents. However, Housing Board rents lost ground, the estimates by SRX Property showed.
ST file photo

Rents for condominiums rose in February from January, the second straight increase month on month after a period of falling rents. However, Housing Board rents lost ground, the estimates by SRX Property showed.

The 1.1 per cent uptick for private apartments was within analysts' expectations as more expatriates arrived in the early part of this year, which led to more leasing demand, said Mr Ong Kah Seng, director at R'ST Research.

Prime areas saw a rise of 1.2 per cent in rent, while city fringes and outlying areas recorded an increase of 0.8 per cent and 1.2 per cent respectively, according to SRX Property. But rents fell 3.8 per cent compared with February last year, and were down 18.1 per cent from their peak in January 2013.

Rental volume for February slid 1 per cent from January, but jumped 12.6 per cent in year-on-year terms.

"The silver lining here is that rents have fallen to attractive and affordable levels for tenants," Mr Ong said. This may nudge tenants to stretch their budgets a bit more this year for bigger living spaces.

The SRX Property estimates showed a slip in February rents for HDB flats from the previous month by 0.8 per cent, with rental prices falling 1.3 per cent in mature estates and 0.3 per cent in non-mature areas. Year-on-year, rents were down by 4.8 per cent from February last year, and 13.4 per cent from their peak in August 2013.

The rental volume, however, increased by 1.2 per cent with an estimated 1,477 HDB flats rented in February, compared with 1,459 units in January.

Year-on-year, the volume slumped by 12.4 per cent.

There will be a continual tussle for tenants, which will lead to more aggressive rental cuts by owners, Mr Ong said, adding that rents this year are expected to fall further.

By early next year, rents will definitely better match tenants' budgets, he said.