Continue to work hard for a better tomorrow: PM Lee 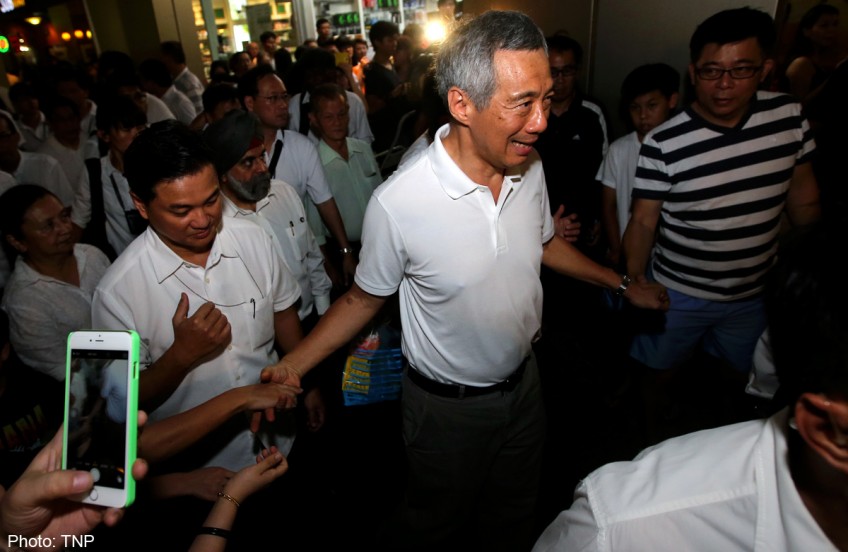 While Singapore has surmounted many challenges and should rightly celebrate its golden jubilee this year, Singaporeans need to keep on working hard to honour the memory of Mr Lee, said the Prime Minister.

"We are sad, we are sorrowful, our founding father has left us.

"But he has prepared us for this day, because he knew that to build well, Singapore must stand long after he's gone. And he has been preparing for that for many, many years."

PM Lee was speaking in both English and Mandarin to 2,500 residents and grassroots leaders of Ang Mo Kio GRC, for which he is an MP, and Sengkang West.

In urging people to work hard for a better tomorrow, he quoted Sun Yat-Sen, father of modern China, who said: "The revolution has not yet succeeded, comrades, let us give our best efforts."

Similarly, as Singapore celebrates its golden jubilee this year, he asked in Mandarin: "But are we a success? Not yet. Is there still much to be done? Of course."

He added: "We still need to work hard so tomorrow will be better, and our children will have a brighter future. If we work hard together, I think this little red dot can become a brilliant, bright little red dot."

PM Lee thanked Singaporeans for their love and support for his father: "Speaking as his son, speaking on behalf of his family, to you and to all the many others who have expressed their sentiments, their sorrow, their love over the last few days, I say, thank you."