Coronavirus: As Singapore bans gatherings, has long arm of the law overreached?

A restaurant worker waits for customers at a largely empty Chinatown on Feb 21, 2020.

Within five hours on Tuesday, Singapore's parliament - where the ruling party holds an overwhelming majority - passed a seven-part bill giving the Government temporary oversight over extended family gatherings and private contracts as part of its efforts to battle the coronavirus.

For example, with social gatherings of all sizes in public and private spaces banned, people who let others into their homes for meetings or who loiter outside their homes - they can go out for essential reasons such as buying groceries, food and exercise - now risk a fine of up to $10,000 and six months in jail.

If businesses cannot pay rent due to the outbreak, landlords cannot terminate their lease, and for those that cannot continue with events such as weddings, they will not lose their deposits but can postpone the event.

In explaining why the temporary law was needed, Law Minister K. Shanmugam said: "This is the most serious crisis this country has faced since independence."

"None of us in our lifetime have encountered an economic shock like this. And [the] Government has to do everything to intervene to help keep some structure of the economy."

Singapore is trying to put the brakes on coronavirus infections that rose almost tenfold over the month of March to 1,000 and then almost doubled from the start of April to cross 2,000 on Friday.

Its latest challenge is stemming infections from spreading through more than 40 foreign worker dormitories and an undocumented number of work sites, with official numbers suggesting more than 600 foreign workers among a population of more than 200,000 have already been infected.

The four legal and political commentators that This Week In Asia spoke to said the bill, which is valid for six months with the possibility of an extension of up to a year, was necessary though some had concerns.

Authorities had tackled the crisis "strategically and incrementally, calibrating the response to the gravity of the situation".

"The response can therefore hardly be said to be overreaching into people's private spaces," said Lim.

"Extraordinary times call for extraordinary measures," said criminal lawyer Sunil Sudheesan, who said the measures, while strict, could be adjusted further if people were "not responsible". 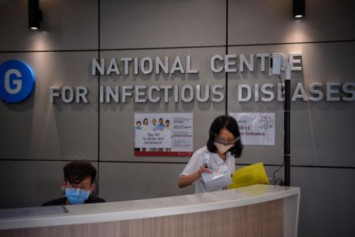 Nominated member of parliament Walter Theseira said MPs had "thoroughly scrutinised many components of the bill, particularly on contracts", but it was harder to do so for the control order on movements as the details were only revealed in the subsidiary legislation released after the bill was passed.

As of Friday, the control order had been updated twice, with each amendment reflected in the publicly accessible government gazette.

He said the laws were necessary, but the speed at which the bill passed raised questions of "whether parliament was able to effectively discharge its constitutional duty of scrutinising these changes".

"The usual resources that non-legally trained MPs would depend on, such as legislative assistance and collecting views from the ground, would be quite difficult to access in short order," the economist said.

The bill was introduced, read for the second and third time, then passed without amendments on Tuesday.

Twelve PAP MPs had raised supplementary questions for the bill and those centred on contractual obligations and tax relief. None asked about the movement restrictions placed on Singapore residents.

Chooi Jing Yen, partner at law firm Eugene Thuraisingam LLP, said the PAP's supermajority - it has 82 elected seats in Parliament and the remaining six belong to members of the opposition Workers' Party - meant it never had problems passing laws.

But he added that it came down to giving legitimacy to the process through letting opposing views air and be considered before bills were passed into law.

Read Also
FB user posts about 'having illegal gathering, so what?' after social gathering ban announced 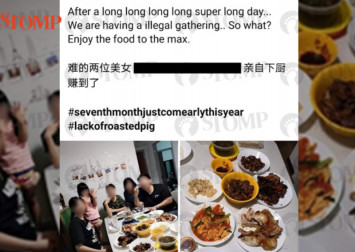 "In this case, the very urgency of the situation has required this approach, and for anyone to voice any opposition would be an unpopular position to take," said Chooi.

Singapore's partial lockdown came about after several countries had done the same, with political analysts questioning if countrywide restrictions were testing the limits of democracy and had the potential to be abused.

For example, they pointed to how India's 21-lockdown put an end to protests against a national citizenship act that marginalised religious minorities, while Zimbabwe's lockdown has exacerbated food shortages and profiteering.

In the city-state, law minister Shanmugam explained the bill was an additional response after fiscal measures of about $60 billion to help residents and businesses through the crisis.

He said drawing up parts one to three of the bill "took about nine days from conception to delivery" and described the new law as "a little bit of a Noah's Ark" with other ministries adding to it along the way.

"We seek to be targeted and temporary, so I would call this a legal circuit-breaker," he said.

Still, while the law now gives authorities the power to police people more strictly to ensure social distancing, Singaporeans are still finding it hard to comply.

Last Saturday, Singapore deployed 30 drones in various parks and gardens to monitor crowds. This was on top of the 2,600 enforcement officers and ambassadors who spread out across the island to pounce on those who were flouting rules, such as standing at least one metre apart from another individual in a queue. 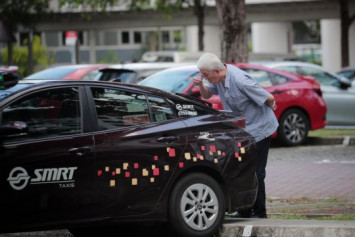 Since the tighter restrictions took effect on Tuesday, more than 10,000 advisories and 3,000 stern warnings to transgressors have been issued.

The new measures did cause some panic and confusion among Singaporeans such as Loh Jia Qing, 21. The incoming freshman at the University of Adelaide takes turns living with his divorced parents.

"But my dad's address is used in my identity card so I'm not sure if I can stay at my mum's house or if there will be consequences for doing so," he said.

The Health Ministry later clarified that individuals could still visit family members for assistance with their daily needs, such as caring for elderly parents or informal childcare arrangements.

Yet while Singaporeans have taken to social media to describe how they are staying home and urging others to do the same, people have thronged wet markets and malls in the past few days.

These scenes prompted Prime Minister Lee Hsien Loong to call on Singaporeans to take the measures seriously, warning that people congregating in public would be issued with a warning by enforcement officers.

On Friday, the Singapore leader also posted a video, in which he appealed for older Singaporeans to stay at home.

Lim, the lawyer, said one consequence of the bill was that it could give rise to citizen vigilantism. Singapore netizens have over the past few days egged on one another to report errant behaviour to municipal offices.

A 24-year-old student at a local university who only wanted to be known by his surname Tan, said residents at his hall had publicly shamed others in chat groups for flouting rules.

Read Also
Private social gatherings of any size, in homes or public spaces, not allowed under new law 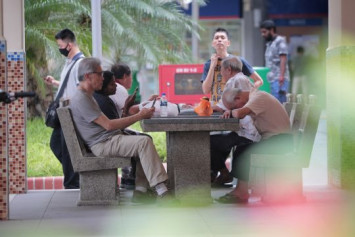 But one group is glad about the new bill: Businesses that will be let off the hook if they cannot fulfil contractual obligations due to Covid-19.

Retailers who cannot make rent, for example, can defer payments for up to six months. Contractors who fail to meet timelines because of workers in quarantine or the supply of material cannot be penalised.

Law minister Shanmugam said landlords had written to him, concerned this would affect their returns and that the bill heavily favoured tenants.

"Landlords have benefited tremendously from growth … fairness and justice require that they share some of this pain, rather than leaving it to the smallest and weakest to bear it all," he said.

Ho Meng Kit, chief executive of the Singapore Business Federation, urged companies to rally together and help each other out, adding that no business was immune to the impact of the pandemic.

For 26-year-old researcher Ng, who wanted to be known by her last name, her seventh anniversary celebration with her boyfriend will be held via a video call. Both will have a meal ordered from the same restaurant.

She said: "It is certainly not ideal, but we all have to play our part."