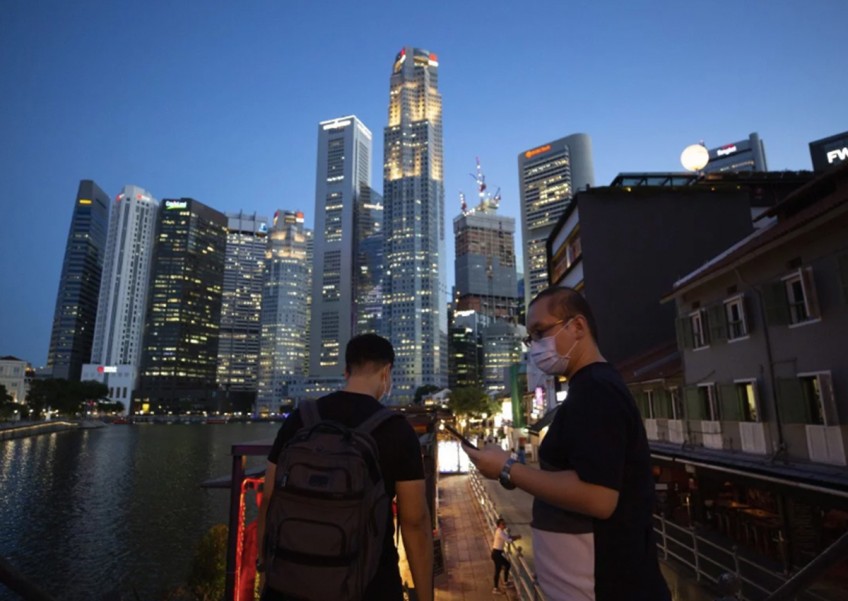 Singapore’s Christian community has rallied around a message of unity, urging Christians to pray at noon every day for a dissipation of the outbreak.
EPA-EFE

As the novel coronavirus spreads in Asia, health authorities zeroing in on community infections have found a surprising commonality - many of the cases are springing from Christian churches.

In Singapore, a third of the 89 reported coronavirus infections are linked to two churches; in South Korea, more than 200 of the 556 cases are linked to one church. No infection clusters in Hong Kong churches have been identified.

The situation has left church leaders like Ian Toh pondering: What is the narrative of God in everything that has been happening?

Toh, who leads the 200-strong congregation of 3:16 Church in Singapore's central commercial district, which has not reported any infections, said there was a sense that the Christian community had been in the same situation before - with the severe acute respiratory syndrome, or Sars, in 2003 and the H1N1 swine flu virus in 2009 - but had worked to overcome it.

"During Sars, a few Christians were infected and that motivated the church to rally together in prayers and good works," said Toh.

But Toh has also managed to inject some humour into an otherwise serious situation, spinning the pun that the outbreak has caused the Christian community some "dis-ease", or lack of ease.

"Anxiety and fear can fill the hearts of people, and understandably so," he said.

Sars was brought into Singapore by a so-called superspreader who had visited Hong Kong, where the disease had taken hold from its epicentre in Guangdong province in China. Doctors in Singapore who tended to the patient at first were unaware of the severity of her illness, and allowed family, friends and church members to visit her in hospital.

The woman survived the disease, but her pastor and parents contracted Sars during their visits and died.

Of the five clusters of coronavirus transmissions in Singapore, as identified by Singapore health authorities, two are churches: The Life Church and Missions Singapore in the east of the city has been linked to six cases, and the Grace Assembly of God's two churches in the city have reported 23 cases. No coronavirus deaths have been reported in Singapore.

Paya Lebar Methodist Church is not considered a cluster, but one person later identified as having the coronavirus had visited the church before eventually being admitted to hospital. The church's pastor-in-charge, Kow Shih Ming, told church members the news filled him with a "gamut of emotions" such as fear, anxiety, confusion, anger and uncertainty.

"I apologise that our best efforts may not have been able to dispel or soothe these emotions completely," he said.

Former Singapore diplomat Bilahari Kausikan, an active commentator on social media, posted on his Facebook page last week what he said was "a controversial question". Was it an accident or coincidence that two clusters of coronavirus were found in churches, and what precautions were or were not taken by the churches amid the outbreak?

Bilahari later deleted the post, but Phua Kai Hong, a health and social policy professor at the National University of Singapore, told This Week in Asia that it was not surprising that the virus spread during church services, which often involve physical contact such as hugging or holding hands, alongside singing.

"Spiritual worship involves close contact and a high chance of spreading infectious diseases if someone in the congregation is sick," he said.

In South Korea, a local media interview with a congregant of the Shincheonji Church of Jesus in Daegu, revealed how an infected 61-year-old church member - identified as Korea's 31st case of the disease and subsequently deemed a "super spreader" - may have come into contact with other congregants over the past two Sundays.

During the various services of the church - that mainstream Christians describe as a cult - congregants crowd into halls where they sit so closely as to literally "rub their shoulders" and chant and praise God "at the top of their voice" for half an hour before the hour-long sermons.

"We were told to remove face masks while attending prayer sessions," the unidentified congregant told Nocut News in explaining how the disease may have spread.

Shincheonji Church has since closed its facilities across the country, urging followers to attend online prayer sessions instead.

Singapore's Catholic churches have stopped weekend and weekday masses "indefinitely" while Hong Kong ones are due to reopen in March.

The Singapore-based Christian online magazine Salt & Light has had prominent members of the community weigh in on the outbreak.

"There seems to be an epidemic of fear that is far greater than the actual epidemic of disease," Dr. Paul Tambyah, an opposition politician in Singapore and president of the Asia-Pacific Society of Clinical Microbiology and Infection, told the website. "As Christians, I don't think we are immune from fear by any means, but we can face these fears confident in the reassurance that we have a resurrected Saviour by our side."

Joseph Prince, pastor of the Singapore megachurch New Creation Church, which has an average weekly attendance of 33,000, told congregants to stay spiritually staunch in the face of the coronavirus outbreak. He urged them to find strength from the fact that during the Sars epidemic, none of the then 8,000 regular attendees died, which he said was "a testament to God's glory".

New Creation Church has continued to hold weekly services but has introduced measures such as temperature scanning, disinfection of the premises, and not passing collection bags around during offerings.

Singapore's Christian community has also rallied around a message of unity, urging Christians to pray at noon every day for health care workers, health authorities and patients - and for a dissipation of the outbreak.

Grace Assembly of God senior pastor Wilson Teo, who was among the church's earlier confirmed coronavirus cases, said, "Although we may not fully understand why God allowed this to take place in Grace Assembly, I am confident that we will overcome the current situation with unity and courage."

An executive board member of Grace Assembly, Kenneth Kwan, has called the episode a test not just of individual faith, but of "the body of Christ".

"In the face of sickness, do we back down from our faith? When people shun us because we are deemed 'high-risk', do we deny our association with our church, or even with Christ?," he asked.

In Hong Kong, however, senior pastor Edmound Teo from International Christian Assembly said that compared with the seven months of anti-government protests the city saw last year, the virus was easier for him to deal with. "Even believers have their political views, and people were very divided in many ways, even in the church," he said.

"For me as a pastor, that was even harder to handle and wrestle with because those topics are very divisive. To me the virus in many ways unites us."

Teo has kept the church open during the outbreak even though the usual 3,000-strong crowd that attends services has halved, while views on online services have doubled.

Teo said that he did not want to close the church out of paranoia, emphasising that people need the church most when there is uncertainty in their lives like the coronavirus.

"To me, closing it on Sunday is like closing the hospital," he said. "This is the time that people need the church the most. They may not come to the church, but by closing down the church we're sending a message to the people that even the church is afraid, and that is not a good sign."

Churches have mostly called for followers to not give in to such fears. The 10,000-strong Faith Community Baptist Church in Singapore, for example, told its congregation that church services were moving online "not out of fear, but a desire to be socially responsible".

That is also the view Toh has taken. "God is not the cause of evil, but I believe he is using this Covid-19 situation to prepare the church for a new season," he said.

Toh said that the Christian church has its historical roots in local meeting houses, and that many churches now have cell-group structures in place. "The renewed emphasis on the importance of small group meetings can activate the church to another level of radical love and generous service for our community," he said.

Digital literacy educator Carol Loi, 48, who attends City Harvest Church in Singapore, said that after initially being anxious about the coronavirus outbreak, she and other congregants, as well as the larger Christian community, had come together to pray and support one another through social media and also by writing notes of encouragement to medical staff. They were also buying food for members of the Christian community who chose to stay in their homes.

"Even though the physical situation seems [anxiety-provoking] and causes fear, I think in the spiritual realm a lot of people are encouraged to see the body of Christ coming together," she said.

For Peter Wee, a 56-year-old medical sales representative who attends the Chapel of the Holy Spirit in Singapore, the coronavirus outbreak comes with religious undertones. "Plagues and pestilence are mentioned in the Bible - that all these things will come in the last days," he said.

Still, he said, he and the church were taking the more earthly advice of Singapore's Ministry of Health. "We still need to play our part by living out the principles of the word of God - being thoughtful and caring to everyone around us, including wearing a mask if sick, washing our hands with soap and avoid coming to church or gatherings if not feeling well," he said.