Coronavirus: When will Singapore's recovery rate of 15% pick up?

A man walks past partitioned rooms at Changi Exhibition Centre in Singapore, which has been repurposed into a community isolation facility for Covid-19 patients.

With just 21 deaths among its nearly 25,000 coronavirus infections, Singapore has so far succeeded in limiting the toll from Covid-19.

But there is another statistic that has also remained low: its recovery rate.

Almost nine in 10 of Singapore’s Covid-19 patients are still being kept in isolation at hospitals or care facilities, equating to a recovery rate of just 15 per cent.

So why the disparity?

The answer, medical experts say, lies in the stricter definition of recovery in Singapore.

It is also about timing, as Singapore’s surge in cases has happened recently. When it had 100-odd cases in March, the recovery rate was 70 per cent.

In the city state of 5.7 million people, anyone who tests positive for Covid-19 is hospitalised or placed in an isolation facility with medical teams.

They are discharged only when they stop exhibiting symptoms, when it has been more than six days since the onset of their symptoms and when they test negative for the coronavirus twice more than 24 hours apart.

Those who do not test twice positive but are clinically well for 14 days and no longer require medical care will be transferred to what is known as a community recovery facility. They can leave after they test negative twice.

Consequently, Covid-19 patients spend about three to four weeks in the health care system before they are considered recovered, according to infectious diseases expert Leong Hoe Nam – who said some patients can shed the virus, and thus infect others, for up to two months. 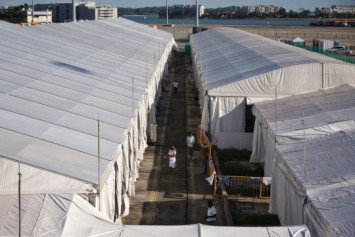 “So these individuals are actually very healthy but kept in the hospital or community isolation facilities till they are negative on two occasions, sequentially,” he said.

About 90 per cent of Singapore’s Covid-19 patients are low-wage migrant workers in industries such as construction whom health authorities said are young and fit, and exhibit mild or no symptoms.

The steps taken by the city state before patients can return to the community is in line with the World Health Organisation’s recommended criteria for patient discharge. Hong Kong, Germany and China follow the same criteria.

“Many countries do not do repeat swabs. They tend to use either clinical response or time after the onset of symptoms or some combination of the two,” he said.

In the United States, there are various definitions of what constitutes recovery, depending on whether the patient was tested for Covid-19 or exhibited symptoms.

But in general, they are considered to have recovered if they test negative twice, or if symptoms such as fever, cough, shortness of breath have been absent for three days and it has been 10 days since symptoms first appeared. 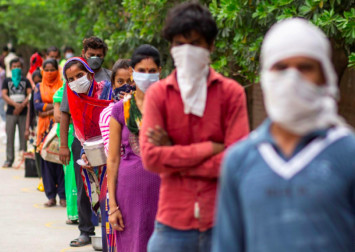 In India, where 30 per cent of some 70,000 patients have recovered, only those with severe symptoms have to test negative for the virus before being discharged from hospital.

Local news reports on guidelines issued by authorities last week say patients with mild and moderate symptoms are considered recovered after they no longer show symptoms, but all patients must self-isolate for seven days once discharged regardless of the severity of their infection.

Experts agree that if a patient tests negative twice in a row, doctors can be sure that he or she no longer has the virus. A patient who has merely recovered from the symptoms, on the other hand, could still be infectious.

A study conducted in China of 16 patients found that half continued to test positive for Covid-19 up to eight days after their symptoms had disappeared.

Other studies have found that those who recover from Covid-19 take between eight and 37 days to fully be free of the virus.

“If patients are shedding live viruses, then there is potential to spread to others,” said Associate Professor Jeremy Lim of the National University of Singapore’s Saw Swee Hock School of Public Health.

Tambyah, an infectious diseases doctor who was involved in the fight against the severe acute respiratory syndrome (Sars) outbreak in 2003, said the concern was that if this happened, it could lead to new clusters “probably due to the nature of the crowded population here in Singapore”. 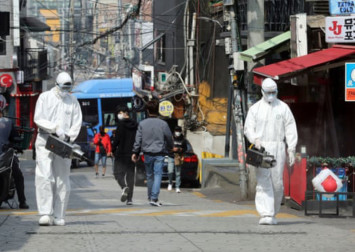 In South Korea – which is now grappling with a series of new infections linked to patrons of Seoul nightclubs – its similar recovery guidelines to Singapore were eased in early March to relieve some of the pressure on the health care system.

Patients whose conditions improved were discharged from hospitals into either self-quarantine or community treatment centres set up by the government.

More than 260 “recovered” people subsequently tested positive for the virus again, days and even weeks after their release from hospital – initially prompting fears they had been reinfected, though doctors have since said these test results were “false positives” caused by lingering but likely inactive fragments of the virus.

Singapore’s stringent recovery criteria, on the other hand, means “we can be pretty sure that discharged patients are not infectious”, Tambyah said.

But the city state’s cautious approach has meant it has more than 20,000 Covid-19 patients in hospital or community recovery facilities.

“If they had other infections or illnesses, they would have been long discharged home,” said Hsu Li Yang, another associate professor at the National University of Singapore’s Saw Swee Hock School of Public Health.

It also necessitates what Tambyah called a “tremendous” drain on resources, as Singapore has converted exhibition halls and holiday chalets into recovery facilities.

Authorities also announced plans to increase the number of beds it has in community isolation and recovery facilities to more than 40,000 by the end of June.

As with most things, however, timing is also a factor. 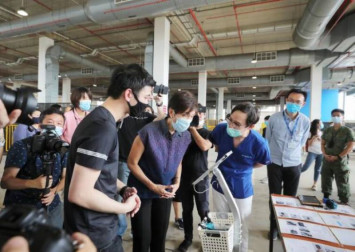 Compared to places like Hong Kong, which has had only a handful of new cases per day since mid April, and South Korea, where infections peaked between February and March, the bulk of Singapore’s cases came last month in the form of low-wage migrant workers – with more than 1,000 testing positive each day at times.

As patients take between three and four weeks to test negative twice, the city state can thus expect its recovery rate to increase soon. Indeed, it has already started rising.

Daily recovery figures have gone from less than 100 to record highs in recent days. There were 1,513, recoveries between last Friday and Monday and 626 on Tuesday.

Leong said he expects to see recovery figures surge over the coming weeks.

In a press briefing on Tuesday, National Development Minister Lawrence Wong was even more hopeful, declaring that many of the migrant workers who had caught Covid-19 were now on the road to recovery.