Coroner's inquiry into death of Changi inmate will not be reopened: AGC 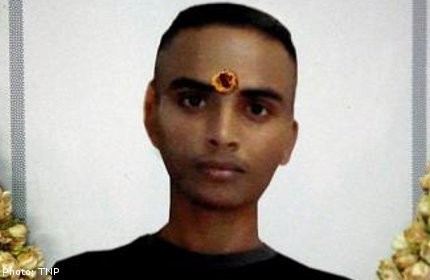 In a letter sent to lawyer M. Ravi of LF Violet Netto on Thursday, the AGC said: "Since the inquiry was discontinued, there have been no new matters raised that, in the view of hte Public Prosecutor, require further investigations to be carried out, nor a re-opening of the inquiry for that purpose."

Here is the full statement from the Ministry of Home Affairs:

Madam Selvi Narayanasamy has commenced legal proceedings through her new counsel Mr M Ravi, seeking a mandatory order for the Coroner to reopen the inquiry into Dinesh Raman's death. The case is being handled on behalf of the Government by the Attorney-General's Chambers.

Under the law, the purpose of a coroner's inquiry is to determine the identity of the deceased, and how, when and where the deceased came by his death. It is a fact-finding, and not a fault-finding, process. The Coroners Act specifically prohibits the State Coroner from framing a finding that determines questions of liability.

Investigations are conducted by the Police to ascertain the cause of and circumstances connected with the death. Police investigations will also look into whether any criminal acts were committed which contributed to the death.

Where police investigations reveal that the death resulted from a criminal offence, and the offender is charged in court for the offence, the State Coroner is required to adjourn the inquiry until after the conclusion of the criminal proceedings.

Once the criminal proceedings have been concluded, the State Coroner will be informed of the outcome of the proceedings. The State Coroner has the power to dispense with a full inquiry if he is satisfied as to the cause of and circumstances connected with the death. This power can be exercised whether criminal liability is determined pursuant to a full trial or a guilty plea, and it is not uncommon for the Coroner to dispense with an inquiry where the offender pleads guilty, as was the case in relation to Dinesh Raman's death.

The Statement of Facts which was submitted by the prosecution when Prison Officer Lim Kwo Yin pleaded guilty included the autopsy report by the pathologist. These documents fully disclosed the facts relevant to and cause of Dinesh Raman's death, and the role of Lim Kwo Yin. The former legal counsel of the family of Dinesh Raman had earlier been given a copy of the autopsy report. He was present in court when the Coroner decided to discontinue the inquiry on 23 July 2013, and did not object.

Following the conviction of prison officer Lim Kwo Yin on 19 July 2013, the family was informed in writing that the Government accepts liability and will compensate the family. This point was also made by Second Minister for Home Affairs S Iswaran in Parliament on 12 Aug 2013. Discussions with the family are on-going. The government remains committed to explain any issues arising from this tragic incident and to do whatever it can to assist the family.