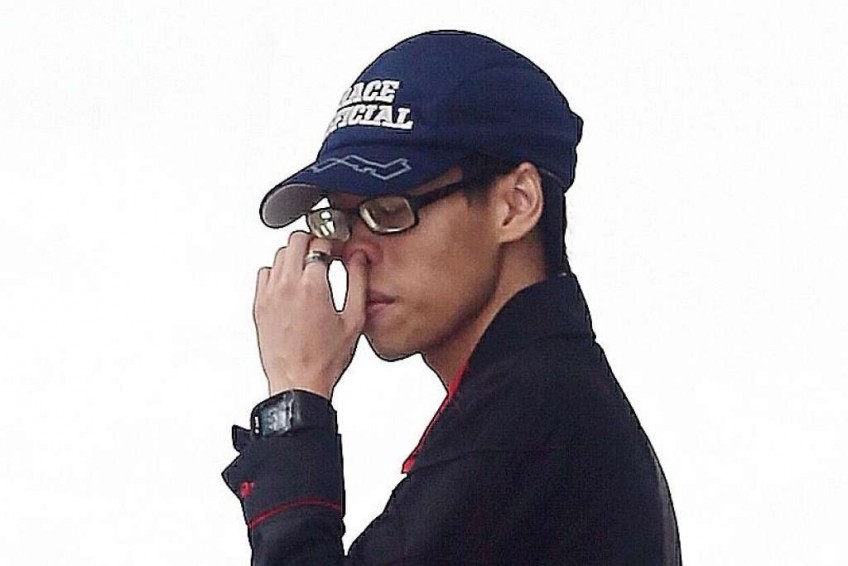 Tan was spotted by a passer-by in Yishun cocking the replica gun before hiding it beneath his clothes.
The Straits Times

A cosplay enthusiast who enjoyed dressing up as a law enforcement officer caused such alarm with a replica weapon that 50 real police officers were mobilised to track him down.

Timothy Tan Zhiyu, 26, who is unemployed, was yesterday fined $1,000 for his antics.

Tan was walking alone towards an open air carpark near Yishun Ring Road on the morning of Sept 23, 2015, when he decided to fiddle with his replica gun, which he had tucked down the front of his pants.

He took the toy gun out, cocked it as if it was a real weapon, and hid it underneath his clothes again. A passer-by who saw Tan doing this was alarmed and called police.

Officers from different police departments, including the Special Tactics and Rescue team and the Special Operations Command, were mobilised in an urgent operation to track him down.

They combed through closed-circuit television footage from various Housing Board blocks in the neighbourhood and interviewed people in the vicinity.

They raided his flat and arrested him there, only to realise that the weapon was made of hard plastic and unable to fire any projectiles.

Tan told them that he bought the toy gun at Funan DigitaLife Mall. Police seized a total of 14 replica rifles and two replica handguns from Tan's home.

He had engaged in cosplay for many years and enjoyed dressing up as a Swat officer or a member of the United States Marines. And he bought several plastic toy guns to feed his interest.

Deputy Public Prosecutor Joshua Rene Jeyaraj told the court that Tan did not think anyone noticed him playing with the replica gun, and he did not intend to alarm anyone.

The DPP told District Judge Imran Abdul Hamid: "Given that it seemed that Tan was in possession of a real handgun and the current security climate, an urgent police operation was mounted to determine Tan's whereabouts."

DPP Joshua said police have since raided the store where Tan bought the replicas as part of investigations into suspected breaches of import and export laws.

For displaying threatening behaviour and thereby causing alarm, Tan could have been fined up to $5,000.