The cooling towers of the Czech nuclear power plant are seen at Dukovany, 125 miles (200 kilometers) east from Prague, on March 15, 2011.

It is 2050. Singapore has started generating nuclear power and about one-tenth of its energy comes from nuclear sources. The city state's once-heavy reliance on natural gas has now shifted to low-carbon hydrogen for its electricity needs.

This is one possible scenario being looked at by a high-powered team tasked by the government to study the city state's energy transition.

A future in which Singapore, an island in the centre of Southeast Asia with no hinterland to act as a buffer zone, embraces nuclear energy would be more likely if the world order was "fragmented politically", according to the Energy 2050 Committee, and if there was an acceleration in technology development.

"Under these circumstances, Singapore makes proactive investments in new technologies to decarbonise and banks on hydrogen as its main source of supply," it said in a report published in March.

The report, commissioned by the country's Energy Market Authority (EMA), also offered alternative scenarios for the future of Singapore's energy security, including boosting electricity imports and working with other nations to seek new solutions even if technological advancements stalled in the coming decades.

As Singapore maps out ambitious plans to reduce its natural gas use, lawmakers have in recent weeks debated whether the city-state could tap into alternative sources of energy - nuclear included.

Similar discussions are being had in Europe. Russia's invasion of Ukraine has triggered renewed interest for countries to diversify their energy sources and expand nuclear power, as a means to cut off their reliance on Russian energy.

In Germany, for instance, officials have been mulling whether to run the country's nuclear power plants longer than initially planned, as uncertainty over Russian gas supplies looms.

Such a move would be a "game-changer", spurring other Southeast Asian nations to do the same - but observers warn that changing people's perceptions on the safety of nuclear technologies could prove a tough hurdle.

Even though nuclear energy is flagged as a potential power source for Singapore, authors of the EMA-commissioned report noted that a pre-feasibility study by the government in 2012 concluded that the technologies were "not yet suitable" for deployment in the city-state.

Since then, there have been improvements in the field. Newer plants - developed and tested in China, France and the United States - have the potential to be "much safer" than those in operation today.

"If viable, these safer technologies could provide Singapore with a scalable and carbon-free baseload source of electricity," said the report's authors, who include industry experts, academics and government officials. "Nuclear fuel can also be efficiently stockpiled, which would enhance Singapore's energy security."

In the same projection, the authors predicted that small modular reactors, or SMRs, would be deployed in other countries later this decade, and would demonstrate they are safe for small, dense cities.

Commercial designs of these reactors would then be progressively developed in the 2030s. "By the 2040s, Singapore [will have] assessed that nuclear energy was viable and begun to develop domestic generation capacity," they said.

Victor Nian, adviser at the Centre for Strategic Energy and Resources think tank, said exploring nuclear energy would be a "game-changer and a needle-mover" in addressing Singapore's energy security considerations and climate targets.

Singapore has aimed for national emissions to reach net zero in the second half of the century. "A crucial question is how," said Vinod Thomas, a former senior vice-president at the World Bank, adding that Singapore's efforts in climate mitigation needed a big boost.

While solar power is often seen as a safer option than nuclear, Nian said a combination of land space constraints and intermittent electricity generation from solar panels made it challenging for Singapore to scale up its solar generation capacity. Local weather has also been an issue.

It is still worth noting, though, that the share of solar energy in Singapore's energy mix has risen significantly, and there have been plans to boost solar imports from Indonesia and Australia.

"Switching to renewable energy, as you go down the list of options from solar to geothermal, runs into roadblocks in view of the republic's geological, geographic and economic constraints," said Thomas, a visiting professor at the Lee Kuan Yew School of Public Policy in Singapore.

Nuclear energy is the world's second-largest source of low-carbon electricity after hydropower and the cleanest after solar and wind. Given Singapore's limits on renewable energy options, nuclear "would need to be on the table", he said.

How safe is nuclear power?

Thomas noted there has been global hesitation in switching to nuclear energy, largely stemming from cost considerations and safety concerns.

Since the 2011 accident involving Japan's Fukushima Daiichi nuclear power plant - when an earthquake and tsunami crippled the plant and killed nearly 16,000 people - safety systems and designs in conventional large nuclear reactors have improved.

There has also been a shift towards SMRs which would reduce the impact of any accident, Andrews-Speed said, as well as new technologies used in advanced reactors that are deemed safer than conventional ones.

Thomas added that SMRs had made nuclear power more viable as they took up less space, could be mass-produced with short lead times, and they minimised human error.

The new technologies also removed the risk of a nuclear meltdown and minimise radioactive waste disposal. "These improvements will not be overnight but staged over the coming decade," he said.

Nian said the emergence of SMRs had made it easier for "newcomer countries" such as Singapore to move quickly on nuclear plans, given their flexible siting requirements.

If Singapore were to house such new-generation reactors, he envisioned they would be placed near industrial workers since they were designed to be user-centric. Singapore could also consider deploying offshore floating nuclear power plants that produce power to the onshore utility grid, Nian said.

Yet, even with these considerable developments, Thomas suggested that "a change of the public's mind may not have kept pace".

"Singapore is not alone in the nuclear space" added by Victor Nian, Centre for Strategic Energy and Resources

According to a 2021 study by researchers at Nanyang Technological University, the adoption of nuclear energy still receives a lukewarm reception in Southeast Asia. The study found that more than half of the 1,000 respondents from Singapore, Malaysia, Indonesia, Vietnam and Thailand were against the idea of nuclear energy development. In Singapore, only one in five supported such developments.

Earlier this month, Singapore lawmakers asked about the safety of nuclear technologies during a parliamentary session. One described the Fukushima Daiichi accident as "fresh in the memory of many people's minds" and called for greater assurances from the government.

Alvin Tan, minister of state for trade and industry, said the Japanese power plant relied on a technology deemed unsuitable for use in Singapore, but there had been newer kinds - including nuclear fusion technology - that were "much safer". Singapore would monitor the progress of these fresh technologies, he said.

Getting support from its citizens might be trickier for Singapore than convincing its closest neighbours, analysts say.

As Nian from the Centre for Strategic Energy and Resources put it: "Singapore is not alone in the nuclear space". While nuclear energy was a "contentious and sensitive topic" in the region, it remained a practical solution for countries to address their energy and climate objectives, he said.

Nian pointed to a 2020 study, which found that Malaysia, Indonesia, Thailand, the Philippines and Vietnam were the front runners of nuclear energy in the region.

Nur Azha Putra, research fellow at the Energy Studies Institute, suggested that Singapore could be the one lagging behind, noting that other Southeast Asian countries would also likely have deployed nuclear energy by 2050.

Still, the recent discussions in Singapore were a positive sign as they showed there was now a basis for the country to "seriously assess" nuclear energy as an option. Azha said this could encourage its Asean neighbours such as Indonesia and Malaysia. 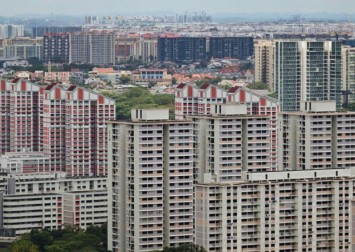 These two countries, alongside the Philippines, Thailand and Vietnam, have been considering nuclear energy for some time, and there has been some inclination towards tapping into nuclear.

The future, Azha said, depends on increased nuclear energy cooperation among Asean states and what form such cooperation would take.

Nian said it would be helpful for Singapore to co-operate with its neighbours to build synergy and experience so they could draw collective benefits as a region from the development of nuclear energy.

"As long as Singapore can quickly build competence and credibility in the nuclear space, I'm confident that our neighbours will have a positive view on nuclear energy developments in Singapore," he said.