The central business district in Singapore.

Even as Japan and South Korea seek to woo Hong Kong’s financial firms considering a Plan B in the face of Beijing’s tightening control, one Asian city seen as the most obvious beneficiary is keeping mum.

In Singapore, which is in the thick of election fever ahead of the July 10 polls, there has been little market chatter about whether the republic should try to woo businesses and talent concerned about the new national security law in Hong Kong.

This month, the Monetary Authority of Singapore (MAS) issued a statement after media reports cited its figures showing foreign currency deposits jumped almost fourfold from a year earlier to US$27 billion (S$38 billion) in April, while deposits from non-residents rose 44 per cent to US$62 billion.

The amounts, the highest on record since 1991, were due to risk-averse investors and inflows from markets including Hong Kong, the reports said.

But MAS stressed the deposits had come from a variety of sources and were not overwhelmingly from a single region or country.

Said Antonio Fatas, economics professor at INSEAD: “It is a delicate issue and I cannot imagine a government in Asia making a strong public announcement to lure firms into their country. Not sure China would see this as wise.”

The law, which targets secession, subversion, terrorism and collusion with foreign and external forces endangering national security, could be imposed on the city as early as this week, with Beijing describing it as a necessary tool to restore stability.

Full details such as the offences considered crimes have not yet been released but there are palpable worries it could undermine the qualities that have underpinned Hong Kong’s rise to be Asia’s financial hub, such as the rule of law and freedom of information.

In the absence of the full facts, concerns raised have included the free flow of information, the finances of foreigners critical of China, and even whether financial sector analysts should worry about repercussions if they put forth viewpoints critical of Chinese policies.

CIMB Private Banking economist Song Seng Wun said he doubted that Singapore would be seen as preferable just because of the national security law in Hong Kong.

Singapore had “very tough” equivalent laws to prevent foreign interference in local politics and the spread of fake news, he pointed out, adding: “Yet, Singapore is a super-safe haven.”

Worries about the law could just be a fear of the unknown, Song noted.

“Just like the fears that existed the days and months before the return of Hong Kong to China in July 1997,” he said.

Comparisons have long been made between Hong Kong and Singapore as competing financial centres but the former is often seen as having an edge due to its proximity to mainland China’s economic powerhouse.

Both have competitive tax rates for companies – Hong Kong’s is 16.5 per cent, Singapore’s is 17 per cent.

Hong Kong has a more vibrant capital market – its stock exchange market capitalisation this month was more than seven times larger than Singapore’s at HK$367.7 billion (S$66 billion), compared to $9 billion – with more Chinese companies choosing to raise funds there. It is also where wealthy mainlanders stash funds.

More than 420 hedge funds are based in Hong Kong, and these funds manage assets worth almost US$91 billion, more than is managed in Singapore, Japan and Australia combined, according to a Financial Times report this month.

About 650,000 foreign residents, including domestic helpers, live in Hong Kong, out of a total population of more than 7 million. 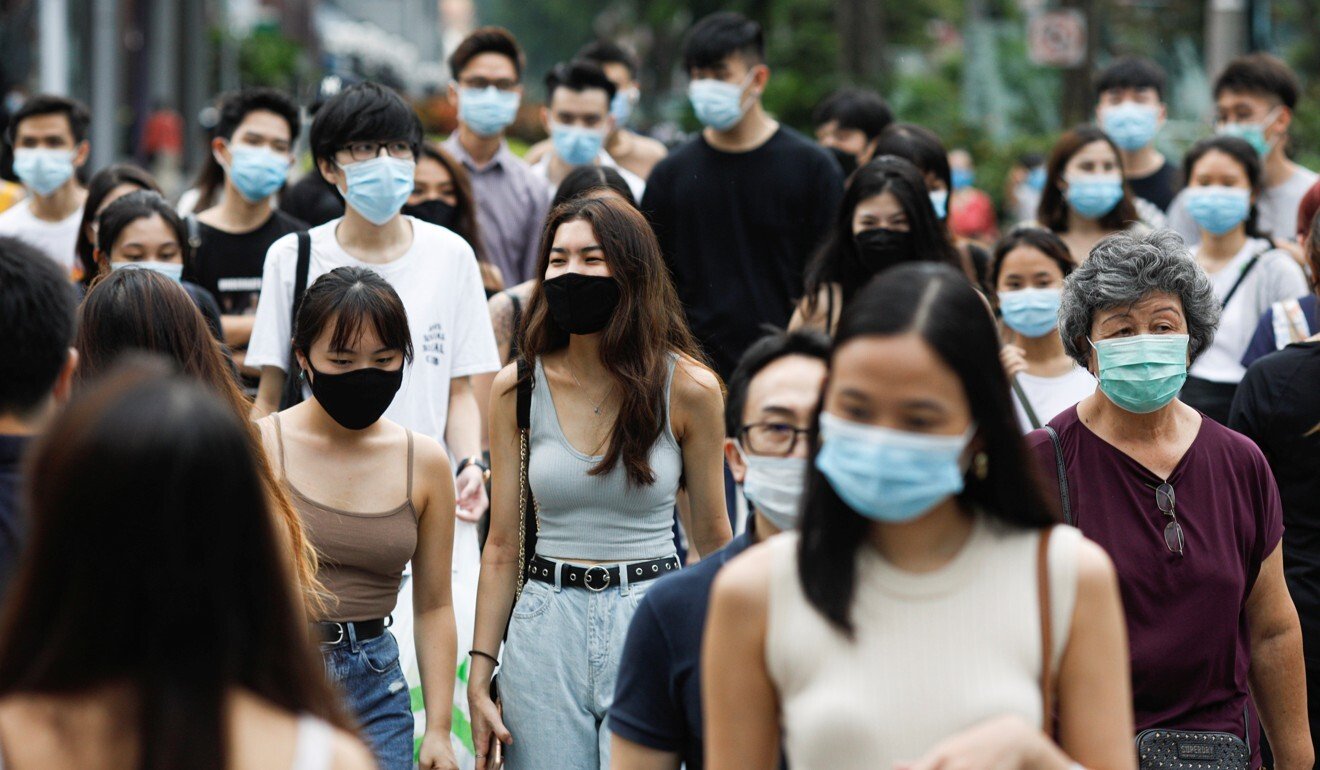 While there have been no signs of an exodus from Hong Kong, bankers and business professionals in Singapore say there have been inquiries from wealthy investors seeking to move more money there and firms mulling over an expansion or relocation of their operations.

One senior banker said banks had been allocating staff to receive any funds flowing out of Hong Kong and into the city state, but they were not expecting businesses to abandon Hong Kong just yet.

The banker, who did not want to be named as he was not authorised to speak on behalf of his organisation, said businesses would be mindful that moves to or talk of relocating could be perceived by Beijing as the brand being “unsupportive” of its policies on Hong Kong.

TMF Group, a professional services firm that provides accounting, tax and human resources support to businesses, said it had received inquiries from companies exploring the possibility of leaving Hong Kong for Singapore.

Read Also
SGX is down 16 per cent in 2 days: What happened? 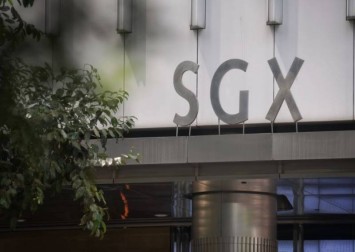 But many of the inquiries “have not translated into action”, said Paolo Tavolato, its head of Asia-Pacific.

“Almost no firm with a head office or regional head office in Hong Kong has chosen to relocate it.”

Over at real estate consultancy Knight Frank, head of capital markets Ian Loh said that since January he had got roughly 30 per cent more inquiries from investors based in Hong Kong.

He has had more clients, ranging from family offices to investment funds, asking about buying strata offices, shophouses and buildings in Singapore, but while some deals have concluded and the investors have moved some business operations to Singapore, Loh said most investors were still in the early stages of exploring their options and were not ready to make decisions yet.

“The intention is to expand their operations in Singapore to complement their Hong Kong operations,” said Otto Von Domingo, head of commercial Southeast Asia at Vistra Singapore.

Tavolato said his conclusion was that Hong Kong’s strength as a financial and business capital remained, it was “stronger than many give it credit for”, and it had an “incumbent’s advantage” of firms being reluctant to move head offices.

Fatas, the economics professor at INSEAD, said Hong Kong’s proximity to mainland China was a winning factor, echoing a point made by Hong Kong business leaders, who said the city was the gateway to the mainland for both foreign and local firms.

For businesses unfamiliar with Hong Kong, and some of the city’s foreign residents, Singapore’s appeal has grown.

The economic disruption caused by the protests has hurt Hong Kong’s reputation, experts said, and Singapore’s lower rents, safe streets and growing leisure amenities are plus points for families.

A survey by the American Chamber of Commerce in Singapore last August of 120 of its members found 67 per cent felt the protests had tarnished Hong Kong’s reputation as a regional base of operations for businesses. The sentiment was stronger among those without offices in Hong Kong.

The same survey found that of the companies considering relocation, nine in 10 would pick Singapore as their new home. 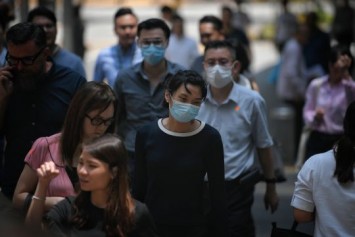 “Initial company set-up is a smooth process, particularly with support from companies such as Vistra, while regulatory and tax information is clear and readily available to ease the transition.”

Singapore’s Economic Development Board is tasked with billing the country as a global centre for business, innovation and talent, and it also woos foreign direct investments into Singapore.

There is a section on its website devoted to setting up shop in Singapore, outlining how businesses can be registered online and linking to various government incentives and schemes.

Foreign manpower, however, has been a contentious issue in the city state, over concerns of competition for jobs and a strain on transport and housing.

The government assiduously manages the issue, but has stressed that given Singapore’s low birth rate and high labour participation rate, it does need foreigners to woo investment and grow industries, such as cybersecurity, artificial intelligence and big data analytics.

Fatas said Singapore was always keen on companies setting up their headquarters there and government incentives were not a response to what was happening in Hong Kong.

Tavolato, head of TMF, said: “In the long term, Singapore will continue to attract businesses, but we do not see it as being locked in a zero-sum, win-lose relationship with Hong Kong.

"They are both attractive business hubs. Once Covid-19 is over, and if and when the disruptions in Hong Kong cease, we expect both locations to continue thriving.”