A man queues up for a Sinovac jab in Kowloon Bay last month.

A debate over the efficacy of the Sinovac vaccine is emerging between Hong Kong and Singapore, adding another layer of uncertainty to the long-awaited travel bubble between the two cities.

Professor Wallace Lau Chak Sing, convenor of Hong Kong's advisory panel on coronavirus vaccines, on Thursday defended the efficacy of the mainland China-produced jabs, a day after the city state took issue with the lack of data about their effectiveness against the Delta variant.

Hong Kong, where about 701,700 residents have taken two doses of the Sinovac jab, confirmed three imported infections on Thursday (July 8) - one each from Russia, the Philippines and Britain - marking 31 straight days without a local case. The additions took the city's overall tally to 11,948 cases with 212 related deaths.

In a separate development, the Centre for Health Protection said on Thursday evening it was investigating a suspected re-positive case involving a staff member, 39, at the Kazakh consulate. He arrived from Kazakhstan via Bangkok on Monday.

The sample he submitted on Wednesday was positive for Covid-19 at a private lab, but the same specimen tested indeterminate at a Department of Health lab. The centre said he was confirmed as infected in Kazakhstan last month and it was following up with the country's health authorities.

A source said the man was a resident at Manhattan Heights in Kennedy Town, adding that the positive result at the private lab had a low viral load.

Lau, meanwhile, said recent data showed the Chinese vaccine was effective against more transmissive variants of the coronavirus, and noted the World Health Organisation had previously endorsed the drug, saying it was effective in preventing serious illness and death.

"I believe different countries want to ask for different data from the vaccine manufacturer. For example, in the early stages, Hong Kong focused on the efficacy of the jabs from Sinovac on the virus before variants had developed," he told a radio show.

A Sinovac spokesman told Reuters last month that preliminary results from blood tests of people vaccinated with its jab showed it had a neutralising effect against the Delta variant, particularly following a third booster shot, but did not provide detailed data. 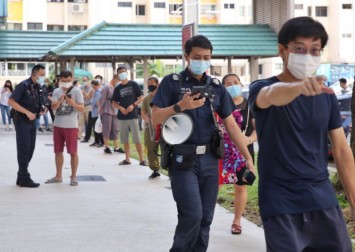 On Wednesday, however, Singaporean health minister Ong Ye Kung stressed the lack of information available about the vaccine's performance.

"[The Sinovac vaccine] is being used in places like UAE and Indonesia that are now experiencing Delta variant [outbreaks], but data is not coming out of these places," he said. "We don't really have a medical or scientific basis … to establish how effective Sinovac is in terms of infection and severe illnesses."

Singaporeans choosing the Sinovac jab are already not counted towards the city's vaccination tally, as it has never been approved by local regulators.

The much-delayed travel bubble has faced other complications as well, with Hong Kong Chief Executive Carrie Lam Cheng Yuet Ngor recently saying the city was looking into the implications of Singapore's planned move away from a zero-infection strategy to "living with" the virus.

The bubble's launch has already been postponed twice - in November last year, and again in May - due to fresh outbreaks.

Responding to Singapore's latest policy shift, a Hong Kong government source on Thursday said local officials were still in conversation with their counterparts and remained determined to move forward with a travel corridor.

The Commerce and Economic Development Bureau said the two governments were reviewing the epidemic situation on both sides and an announcement would be made in due course if there were any further arrangements.

The city state's vision for a return to normal includes proposals to allow quarantine-free travel and large gatherings, and even to potentially halt massive contact-tracing operations and daily case counts as its vaccination rate climbs. 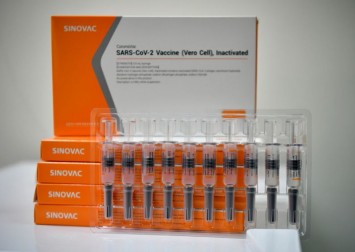 As of Tuesday, 38.7 per cent of Singapore's population had been fully vaccinated, a figure it aimed to boost to two-thirds by early August.

To date, Singapore's drug regulator has only approved the Pfizer-BioNTech and Moderna vaccines. But its residents can still choose Sinovac, provided they pay a small fee for the shots and agree they will not be covered under the country's compensation scheme for serious side effects.

Currently, the only perk not extended to those who have taken Sinovac is the city state's exemption from pre-event testing.

As of July 3, 17,296 individuals had taken the Chinese jabs, according to the city state's health ministry.

Hong Kong's vaccination rate, meanwhile, lags well behind, with just 22.6 per cent of the city's 7.5 million residents fully inoculated as of Thursday. In addition to the 701,700 people - or 9.4 per cent of the population - who have taken two Sinovac jabs, about 996,000 residents have opted for BioNTech.

Under the travel bubble plan announced in April, travellers in either direction would have to undergo screening before departure and upon arrival, but only Hong Kong would require its residents to be fully vaccinated for eligibility.

Those under 16 years of age, people advised against being inoculated for medical reasons, and residents using travel documents other than a Hong Kong passport would be exempted from the vaccination rule.

Read Also
Selected private clinics to offer SinoVac's Covid-19 vaccine: Where to get it and how much it'll cost 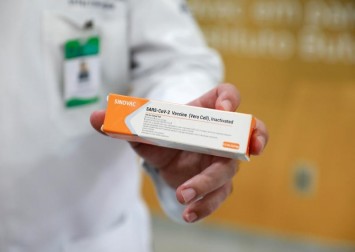 Tourism lawmaker Yiu Si Wing said the industry would have to wait and see for any potential changes on the vaccination requirement.

"If getting fully vaccinated is a prerequisite on both sides, then some people will not be able to join the bubble," he said.

But he noted that even if the travel bubble did not recognise Sinovac, its impact on the number of participants would be limited.

<p>"Singapore is not a popular tourist destination for Hong Kong," he said. "But it will affect those who want to go to Singapore to visit relatives and business travellers."