SINGAPORE - Instead of thanking their neighbour, a hospital nurse, for his contributions to society amid the Covid-19 outbreak, a couple harassed the front-liner and his family.

At the time of the offences, the nurse was working at Sengkang General Hospital. The Straits Times understands that his wife was also an essential service worker at the time.

The Singaporean couple — Lim Sok Lay, 49, and her husband Cheang Eng Hock, 57 — pleaded guilty to their offences on Tuesday (Feb 8).

They had harassed their neighbours at an Edgefield Plains block of flats in Punggol.

According to court documents, the couple had targeted their neighbours with acts such as shouting phrases including "Covid spreader" and "virus family".

The couple were charged in May last year, and Lim was ordered be remanded at the Institute of Mental Health (IMH) for a psychiatric assessment.

Read Also
Neighbours who chanted 'Virus, virus!' and harassed nurse's family to be charged on May 21 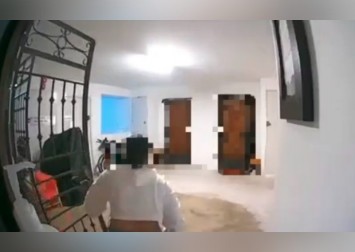 The following month, an IMH psychiatrist found she was fit to plead to the charges as she has no mental disorder, and was not intellectually disabled or of unsound mind at the time of the offences.

Lim later filed a petition to the High Court, arguing that a district judge's decision to order her 14-day remand was not justified and amounted to "serious injustice".

High Court judge Vincent Hoong dismissed the petition in September last year, noting that no error had been made by the lower court.

In an earlier statement, the police said their officers began investigations after receiving a report in May 2020 about the offenders' antics.

All parties involved in the incidents went through mediation at the Community Mediation Centre the following month to seek a resolution.

READ ALSO: 'I don't want them to suffer': CGH worker talks to grandparents from outside their flat to protect them from Covid-19

Despite this, the police said they continued receiving reports between October 2020 and January last year about further acts of harassment by the couple.

In their statement, the police said: "Over the course of investigations, (we) have remained in contact with the parties involved and advised all parties to minimise contact and interactions with each other.

"The police do not condone any behaviour that impacts the public's sense of safety and security in the neighbourhoods. We urge members of the public to practise neighbourliness and work together to overcome Covid-19."

For each count of harassment, an offender can be jailed for up to six months and fined up to $5,000.

READ ALSO: 'My baby wants to sleep, how?' Sunday renovations in HDB flat have man knocking on neighbour's door