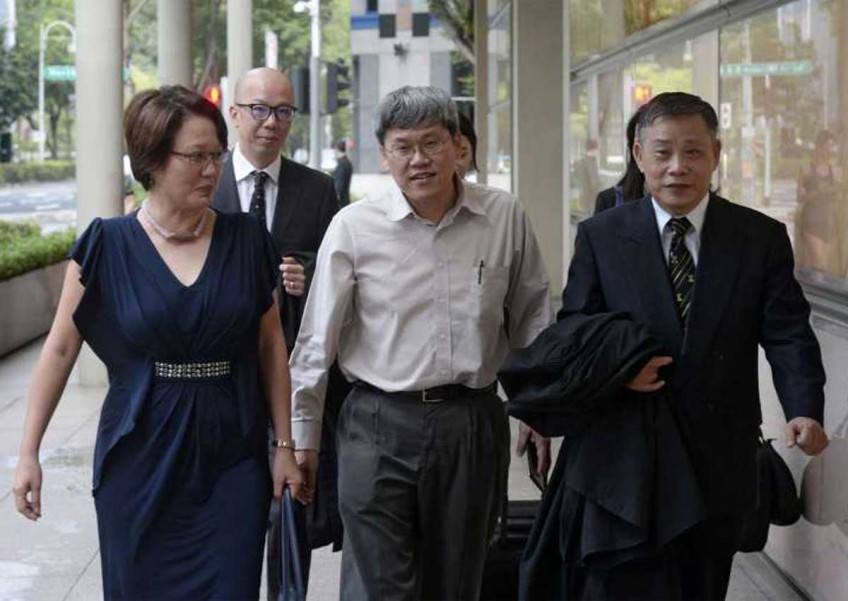 SINGAPORE - The Court of Appeal has ordered the Workers' Party-run town council to appoint accountants from one of the Big Four accounting firms within two weeks to examine its books, saying that it was a matter of public interest and that the appointment should not be delayed further.

The court also expects the first progress report from the accountants to be submitted on April 15.

The town council had first picked Business Assurance - its financial consultant since March last year for the job. But the Housing Board (HDB) raised concerns about the firm's capability and asked for more information to determine its suitability for the job.

But on Jan 8, the firm pulled out.

A second firm, MRI Moores Rowland, also withdrew after being nominated by AHTC.

The HDB, which questioned whether the town council had conducted due diligence before selecting and proposing its nominations, sought to bring in evidence at an earlier hearing on Wednesday relating to the Practice Monitoring Programme (PMP) for firms.

Under the PMP, the Accounting and Corporate Regulatory Authority (Acra) carries out inspections of public accounting firms and accountants to ensure compliance with standards and procedures.

On Friday, the court heard that AHTC's third and latest choice of accountants was a firm called Ardent. But the HDB again objected on the grounds that they did not have relevant expertise, among other things.

Before ordering AHTC to appoint accountants from one of the Big Four firms, CJ Menon said that the court was satisfied that HDB could reasonably withhold consent to AHTC's first two choices had the two accounting firms not withdrawn themselves.

While the objection to the first two firms "cannot in and of itself be the basis of objection to the third", he noted that AHTC's process of selection had not been successful so far, and that this could not "continue indefinitely".

The hearing on Friday began with the HDB's objection to the town council's latest choice.

The HDB also submitted evidence to show that individuals from the town council's two previous picks - Business Assurance and MRI Moores Rowland - had failed the PMP.

This "calls into question their selection and due diligence process, their judgment in the selection of accountants, and there is no assurance proper checks have been carried out by them in relation to their latest nomination of Ardent," Ms Aurill Kam of the Attorney-General's Chamber, acting for HDB, told the court.

AHTC on Friday tried to prevent the evidence from being submitted, arguing that it was irrelevant as both its original nominations had pulled out of consideration.

PMP findings were also "private information" and revealing it may "discourage others from stepping forward if it is known this record will be made public", the town council's lawyer Peter Low said.

In the end, the court allowed the evidence, but said that the firms be named instead of individuals in relation to the PMP results.

The court also heard AHTC's reasons for why it did not want accountants from two of the Big Four firms - PWC and Deloitte - to be appointed.

This was because PWC was involved in the AG's Office report on the financial lapses in AHTC; while a partner in Deloitte was involved in grassroots work and had given a media interview on qualified and adverse audit opinions when news about AHTC's troubled accounts for the financial year 2012/2013 came out.

But CJ Menon said, in the case of PWC, that he was "unsure why this should be a concern" as AHTC had never challenged the AGO report in the first place.

When asked why the town council was unwilling to consider the other two Big Four firms, namely KPMG, and Ernst & Young, Mr Low said that AHTC had the right to choose which accountant it wanted to appoint.