Crippled due to accident, but elderly man at Taman Jurong Food Centre still independent and cheerful 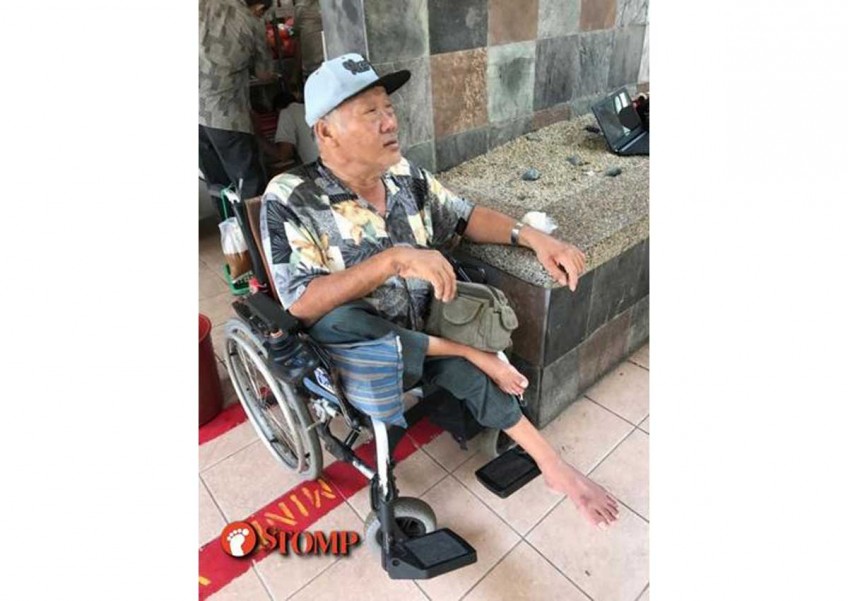 Stomp contributor Fighting Cock was impressed by the independence and cheerfulness of an elderly disabled man who sits at the Taman Jurong Food Centre at Yung Sheng Road every morning.

The Stomp contributor said the man usually greets his friends and neighbours who live in Taman Jurong.

Fighting Cock said the man told him his story:

"When he was 20 years old, he met with an accident on his motorcycle and he is crippled in one leg.

"However, he has a strong will to survive and does not believe in receiving handouts from friends or the government.

"He has a car and lorry licence and now he drives regularly to Johor Bahru to deliver goods and eke out a simple living.

"His vehicle is a lorry and he is exempted from paying the COE and ARF as he is a member of the National Council of Social Service.

"He appears friendly and cheerful and he always believes in being self sufficient and independent."