SINGAPORE - Four critically endangered Bali mynahs, whose numbers add up to fewer than 50 in the wild, were among the first feathered residents to move into the new Wings of Asia aviary at Jurong Bird Park.

The Bali mynah, or Bali starling, is found only in the Bali islands of Indonesia and can be identified through its clear white feathers, black-tipped wings and vivid blue skin around its eyes.

The declining numbers are primarily attributable to unsustainable, illegal trapping for the pet trade and rapid habitat destruction.

To conserve the species, Jurong Bird Park has been working with the Bali-based Begawan Foundation on a breeding and exchange programme to boost the population and enhance the gene pool of Bali mynahs raised under human care. 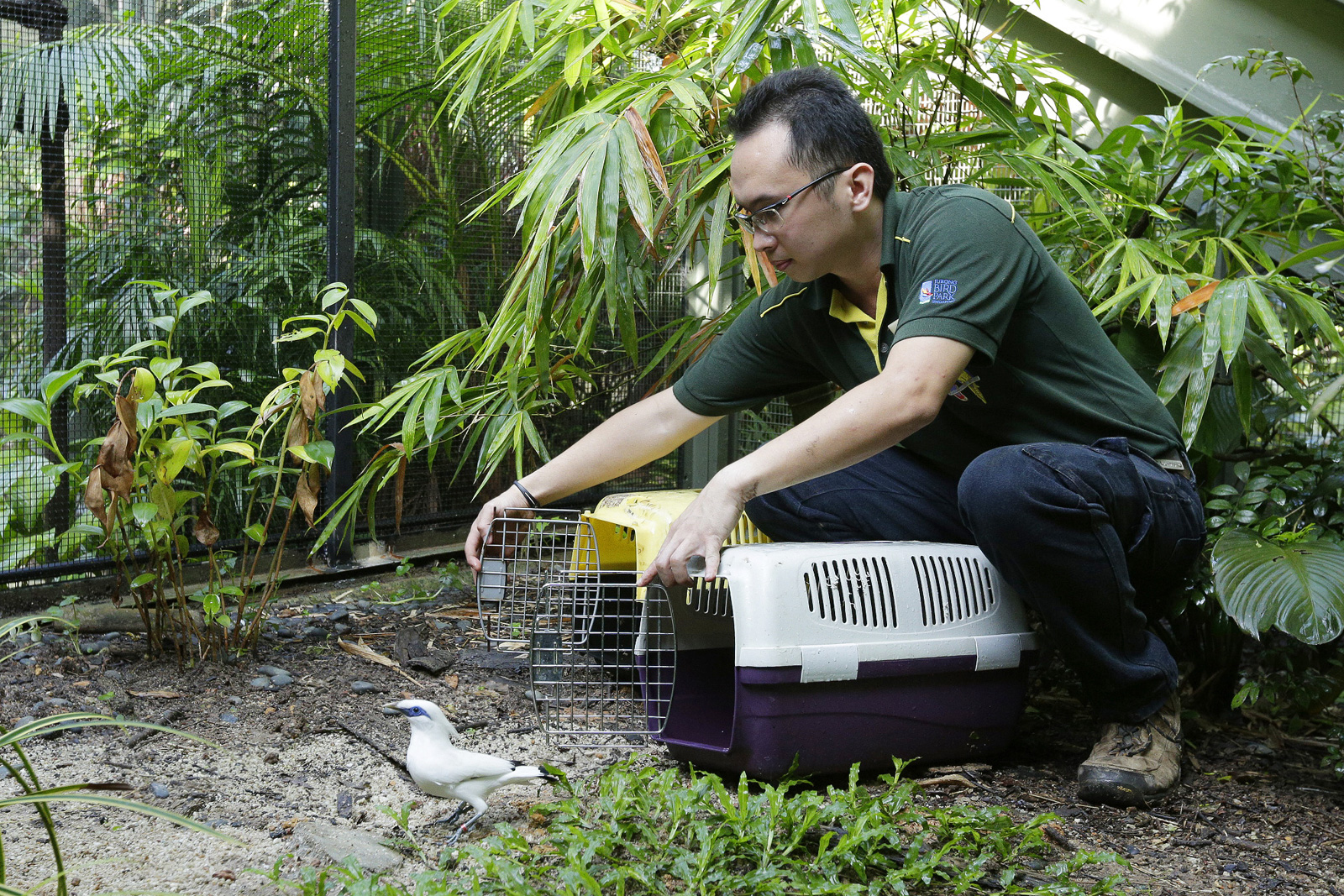 In the next few weeks, over 300 feathered residents will be moved into their new homes. Visitors to Jurong Bird Park will soon get to marvel at Asia's rarest and most exotic birds with the unveiling of the Wings of Asia aviary in late January 2015.