'Cure cannot be worse than disease': Why Singapore changed its Covid-recovery plan

People wearing face masks cross a road amid the coronavirus disease (Covid-19) outbreak in Singapore, on May 14, 2021.

When Nathanael Yau tested positive for Covid-19 two weeks ago in Singapore using a home rapid antigen test kit, referred to as ART, the 30-year-old knew he would need to cancel all activities outside and immediately self-isolate.

With 88 per cent of the population having had two shots of a Covid-19 vaccine and 56 per cent receiving a booster, since October 11, patients with mild or no symptoms have been told to recover at home.

This is to free up health care capacity as the country transitions to living with the virus. One-third of children aged five to 11 have taken at least one shot of the Pfizer-BioNTech vaccine though such vaccinations are not compulsory to attend school.

Yau, a project manager, ended up being among three of five household members who came down with the Omicron variant, which is now the dominant strain in the city state of 5.45 million people. His brother was the first to fall ill after returning from a 10-day holiday in Australia , where he made use of one of the country’s 24 quarantine-free travel arrangements for vaccinated passengers.

There was some initial confusion over whether Yau would need to report his infection to the authorities (he did not have to, as he had only mild symptoms and had received two shots of the Moderna vaccine). But he managed to find the rest of the protocols online on a government website.

“There is a lot of responsibility placed on the people who fall sick. You must be responsible and stay home and isolate yourself without anyone checking on you,” Yau said.

In Yau’s case, he would need to stay home and isolate himself then take an ART test after 72 hours. He did and it was positive so he continued in that vein until he tested negative on day seven.

The rest of the family was issued with a health risk warning via SMS as his brother had to take a PCR test at a clinic after testing positive on an ART home kit, as part of vaccinated travel lane protocols.

This meant the family was legally required to self-isolate and submit results of their ART self-test within 24 hours. If it was negative they could go about their normal activities but had to monitor and test themselves daily for seven days.

Read Also
Covid-19 isolation: Children will not be separated from their families, says MOH 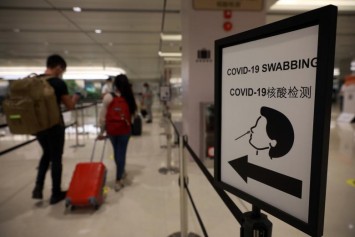 For the next week, family members who were ill stayed indoors using separate rooms and toilets from those who were well, like Yau’s father, who went out to purchase food for the family after doing a daily ART.

They wore masks at home when opening room doors to get food; and Yau’s brother used a tele-health service to get medication to treat symptoms such as fevers and sore throats.

The Yau family’s experience is now the norm in Singapore. Singapore reported 4,832 new cases on Wednesday with infections totalling 37,896 for 28 days prior.

But government statistics showed that as of Wednesday at 12pm, only 580 were hospitalised with 44 of those requiring oxygen supplementation and 11 in the intensive care unit.

For a period of time, those with the Omicron variant were sent to health care facilities but from December 27 they were also eligible for home recovery after health authorities ascertained the variant was less severe than the Delta strain.

It’s a far cry from the situation in Hong Kong where growing infection clusters from superspreading events have sparked a new wave of infections – both Omicron and Delta – prompting localised lockdowns in residential estates.

All who test positive are sent to hospital even if they are asymptomatic. Government quarantine centres have also become overwhelmed by a surge of close contacts shoehorned into the facilities.

Singapore’s health ministry describes the home recovery approach as a “broader shift towards personal responsibility and self-management” but it has also taken extra precautions.

Mask wearing is compulsory. Only fully vaccinated individuals – which currently means two shots of a Covid-vaccine – can eat out, enter malls, go to the gym, and attend religious events. From February 14, authorities will begin mandating that fully-vaccinated status includes the booster shot. The space for unvaccinated people who do not have special exemptions to socialise publicly has shrunk.

It has told businesses to encourage regular testing and warned of mass absences as Omicron moves through the population. In-person visits to hospital wards and residential care homes have been temporarily suspended until February 20 while offices are allowed to have half their employees return only if the workers are vaccinated. Staff have been told not to socialise.

And even as they do not strictly monitor adherence to home isolation protocols – early on in the pandemic, there would be case officers sent to homes to check on quarantined people – those who are caught flouting the rules can be fined up to $10,000 (US$7,400) and/or jailed for up to six months.

Dr Jeremy Lim from the Saw Swee Hock School of Public Health at the National University of Singapore, said Singapore was “doing very well overall in addressing Covid-19 and making the right decisions”.

“The low mortality rates and the avoidance of overwhelming the health system are the two most important markers of a successful strategy and execution,” he said, referring to how the city state had one of the lowest Covid death rates in the world, with just 850 deaths out of 322,770 cases.

Still, Lim thinks there is room for further improvement, especially in the pace of opening up. Socialising is still limited to groups of five and use of the contact-tracing app TraceTogether is still mandatory despite how contact tracing has been largely dropped as a Covid-19 protocol.

Lim worries that the community is fatigued and frustrated. “Seeing the protests and public demonstrations in many other countries, we should be mindful that Covid-19 is not the only thing that matters,” said Lim.

Read Also
Covid-19 home recovery: How to maximise space and functionality for your self-isolation room 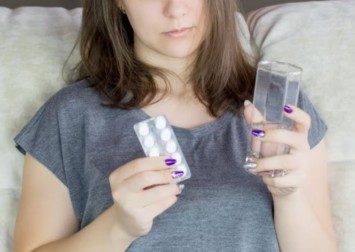 Already, there are foreign professionals who feel that Singapore’s rules are still too excessive, with at least 62,600 leaving since December 2019, based on the latest official figures from June last year. Overall, from 2020 to last year, employment of foreigners across all pass-types fell by 147,000.

While some were laid off as government fiscal aid went to keeping citizens employed, others said they were put off by initial rules that made it hard for pass-holders to leave and then return to the city state.

Lim said it was time to place more weight on the consequences of the pandemic measures in terms of mental health and individual economic and social challenges. He urged authorities to review constraints on group sizes and on hospital visits.

“They will certainly reduce the risk of transmission in the same way that not connecting a computer to the internet will minimise risk of viruses but let’s recognise there are definite consequences,” he said.

“The cure cannot be worse than the disease and we are not focusing enough on the side effects of the treatment.”